When David Kim's 16-year-old daughter goes missing he starts 'Searching' with his own internet investigation to put the pieces of her life and disappearance together. Top-notch movie with twists and turns for days. Gripping.

There have definitely been a few attempts at creating an internet-based movie – one which uses a lot of tech to sell the story. However, it's Searching that has done the best job by far. We meet the Kim family via their home computer and the creation of various photos and videos that have been taken over the years. Calendar items get added, social media pics are uploaded, and Pamela Kim's battle with cancer is documented until the point where we realise that 16 years have passed. Pamela has passed away and David Kim is now a widower and a dad to 16-year-old Margot.

All is well, or so David thinks, until the night he Facetimes Margot who is at a study group. He then misses a couple of calls from her and assumes she went to school early before discovering at 3.30pm that she didn't go to her piano lesson. Panic sets in and David realises that Margot is missing. Frantic, he calls 911 and Detective Vick (Debra Messing) is soon on the case to find the missing teenager. David starts to do what he can from home and this is where the use of tech really comes into play. The clever montage of finding social media logins, texts, emails etc…allows David to build a picture of his daughter's life.

Back and forth between David (John Cho) and Detective Vick and Margot's last movements are becoming clearer. Money withdrawals, live streaming, friends, and favourite places he didn't know about, all point to Margot having run away. But David is unconvinced and continues to search for her. Here's the point at which any more about the movie would just spoil it for you. Suffice to say that I was hooked. At every turn a clever development keeps you guessing as to what happened to Margot.

There are twists and turns for days and David's use of almost every conceivable app know to man, is staggeringly good. Is Margot alive or dead? Did she run away or was she abducted? Was it someone she knew or a stranger? The story unfolds layer by layer, revealing pieces of the case that you just didn't see coming. Through a meticulous internet investigation and the unraveling of David Kim (similar to Hugh Jackman in Prisoners), this story goes right to the wire building tension as it goes. It's just excellent. It may not be a thriller in the conventional sense but Searching is still edge-of-the-seat stuff and is well worth watching.

Another internet-based movie worth watching is Cam, if you want to continue the thriller vibe. 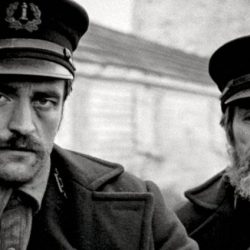 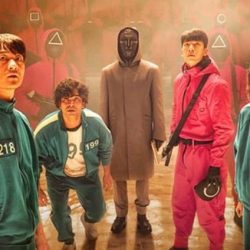