A lack of a college degree is holding Maya back from promotion so she fakes a CV and gets her foot in the door of a Madison Avenue company where she must prove street smarts are just as necessary to succeed in business in Second Act. Romcom starring Jennifer Lopez - entertaining but nothing unique.

I'm not sure how many times J-Lo has played a downtrodden New Yorker who comes good but like her 2002 offering Maid in Manhattan, she is back again Second Act. The pattern is the same. She's a lovely hard working woman who just needs to be cut a break. However, in Second Act it's her lack of education that is holding her back.

She plays Maya, a 40-year-old assistant manager in a big box store who has transformed the profits of the business. But that is seemingly not enough as she is once again passed up for promotion. The reason? She doesn't have a college degree, a requirement from the company in charge. Turns out Maya has had a pretty difficult life, losing her parents at a young age, bouncing around the foster care system until she ends up pregnant, and giving her baby up for adoption when she is 16.

Despite that, she manages to work hard, get a GED and a relatively good job. Ambitions and determined she is surprised by a call offering her an interview at a major company on Madison Avenue. So imagine her surprise when the CEO thinks she went to Harvard and speaks Mandarin. It transpires that her best friend's son faked an entire profile for her to help her get a better job. Not wanting to pass up her chance she plays along and suddenly she is a consultant flying by the seat of her pants to fit in with this new world.

So now you get the gist of what Second Act is all about. But is it any good? There is the temptation to say that you've seen this rom-com before – they couldn't stop making them 20 years ago. But there is at least an ounce of realism in this movie. There are very smart, capable and reliable people who are not given a chance because of their lack of qualifications. And having a degree from an Ivy League college doesn't really make you any better than somebody who barely finished high school. Plus the ending wasn't what I expected given the genre of the movie.

However, Second Act is also just a bit contrived and full of the usual tropes. There is the sympathetic boss, the bitter rival, the icy co-worker who warms to her (Vanessa Hudgens, The Knight Before Christmas), the funny supportive friends – you get the idea. So nothing really very new but it is entertaining and Jennifer Lopez with Leah Remini are fun to watch. Basically, you know what you are getting with Second Act so from that perspective it won't let you down. 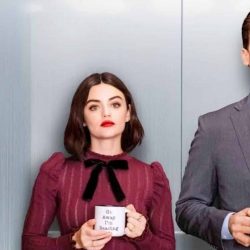 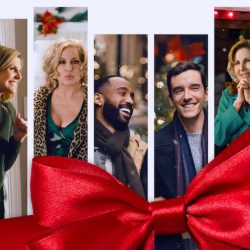 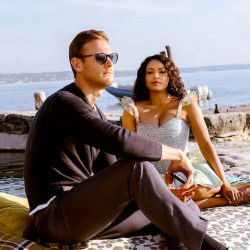