Two overworked assistants attempt to set up their bosses in this romantic comedy. Yes it follows a formula, yes it's predictable, yes it's cute and sweet but it has enough of an edge to keep you watching.

There's nothing better than a good romantic comedy to pass the time on a cold winter's night and Netflix has been steadily knocking them out over the last couple of years, including the very cute Set It Up.

Set It Up follows two very overworked assistants in New York city and their bosses who monopolise their every waking minute. Harper (Zoey Deutch) is an aspiring writer who works for Kirsten (Lucy Liu), a sports journalist. And Charlie (Glen Powell) works for the not-so-nice Rick (Taye Diggs) in the hopes that he will soon get a promotion and move on with his life.

Not only are Harper and Charlie underpaid assistants, but they are also exhausted from their workaholic bosses. When they accidentally meet late one night they hatch a plan to set their bosses up. The idea is that if Kirsten and Rick hook up they will spend so much time with each other that their assistants can finally have some time off.

From getting their overworked bosses stuck in a lift to getting them on the kiss cam at a Yankees game, the more time Harper and Charlie spend together the closer they get. But Charlie has a girlfriend called Suze (Joan Smalls), so of course for the most part, they are only friends. At least at the beginning.

It's a rom com so there are no real twists and turns. And while it's all good fun and easy to watch it's a shame that Set It Up follows the usual romantic comedy formula. Girl meets boy, girl and boy don't like each other, girl and boy become friends, love blossoms.

Throw in a couple of quirky one-liners, lessons about becoming better people and following your dreams and you magically have a hit on your hands. And to be fair, it's by no means the worst film I've seen.

The cast really does have great chemistry. Glen Powell and Zoey Deutch are both solid actors and they definitely pop on screen. The plot may be old hat but it does have its good moments and it's definitely less saccharine than it could have been. As Charlie's roommate, Pete Davidson (Meet Cute) is very funny if underused in his role. So too is Tituss Burgess (Unbreakable Kimmy Schmidt) as Creepy Tim, the building maintenance guy in the basement.

Director Claire Scanlon knows exactly what the audience wants to see so if slightly sweet, slightly raunchy romance movies are your thing you will absolutely love this. Apparently, the idea for Set It Up came from the film's producer Juliet Berman‘s real-life attempt to Parent Trap her boss for her own romantic gain and it does make a good premise for a movie.

It's exactly the kind of rom com film that critics will pan but the audience will adore. I fall somewhere just short of loving it.

The Cast Of Set It Up

Zoey Deutch is also in the brilliant Netflix production, The Politician and is the daughter of actress Lea Thompson (Back to the Future) and director/producer Howard Deutch so acting is definitely in her blood.

Glen Powell is best known for his roles in Hidden Figures and Scream Queens and is also starring in the upcoming Top Gun: Maverick. He is currently dating model Gigi Paris.

Playing one of the demanding bosses is Lucy Liu (Kirsten), the original Charlie's Angel. She also starred as Joan Watson on the hit tv show Elementary alongside Johnny Lee Miller for seven years. She will also star in the upcoming Shazam! Fury of the Gods.

Taye Diggs plays the very unlikeable Rick in Set It Up. Known for his role as Dr. Sam Bennett in Private Practise, Diggs can also be seen in the tv series All American and used to be married to broadway star Idina Menzel. 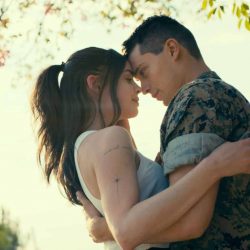 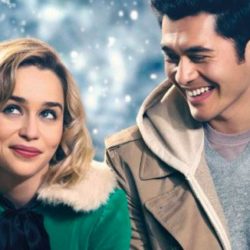