Shadow and Bone has a plot filled with magic, destiny, star-crossed lovers, impressive CGI, and really really nice costumes. But is it enough to rival The Witcher or Game Of Thrones?

If The Witcher was a bit too ‘topless' for you, but you still have some fantasy itch to scratch, Netflix's young adult adaptation Shadow and Bone might be for you.

It stomped up the trending charts thanks to a plot filled with magic (sorry, ‘small science'), destiny, star crossed lovers, and really really nice costumes.

It's set in….and it has the warring races of……, who are fighting about…….wait, give me a minute.

Adapted from novels by Leigh Bardugo, Shadow and Bone is a show that dips its toe into a swimming pool of content and has a good swirl around without ever really getting wet.

What Is Shadow and Bone About?

A huge magical border of darkness called The Fold was cursed onto the land by The Heretic centuries ago and splits the nations.

Ravka struggles to maintain its hold of its Eastern province beyond the Fold as separatists clamour for independence, and hostilities with the northern Fjerdan's and far eastern Shu Han makes for a powder keg.

The Fold is difficult to cross as it is inhabited by Volcra, dark creatures that hunt those who enter their realm.

While some people are able to perform elemental magic (those who can are referred to as Grisha), it is only the foretold Sun Summoner who can generate light.

When half Shu Han/half Ravkan orphan and cartographer, Alina Starkov, shocks even herself by bursting with light when threatened in the Fold, her mere existence sets off a chain of events where competing interests want to save her, revere her, or kill her.

In reality, we spend almost all our time with two main plot threads. Alina (Jessie Mei Li) is taken to ‘the Little Palace' in Ravka to be trained under the stewardship of Darkness Summoner, General Kirigan (Ben Barnes).

They yin yang about during their scenes with dialogue that burbles about how people tolerate but fear the Grisha and other such background detail that is all ‘tell but don't show'.

Whilst unbeknownst to them, a kidnap crew, collectively known as ‘The Crows', are on their way to take her out under orders from the separatist Ravkans.

Can Alina evade them and make her way through the fold? Only time will tell.

Is Shadow and Bone Worth Watching?

Fantasy is a tricky genre to get right. The weighty book of lore can't slam on your table all at once, but you also can't just toss around race names and difficult-to-pronounce phraseology and expect it to mean anything purely thanks to repetition.

Game of Thrones' masterstroke was to make the map front and centre (and different) as part of each intro. In Shadow and Bone there is never any real sense of distance or where we are, or why the various factions are behaving as they do.

Young, in particular, steals every scene he is in. His wry expressions and cocky demeanour light up the screen in an otherwise dour and po-faced affair.

The show switches 50 / 50 between two plot lines, and when you have such charisma as Jesper to enjoy, it can be somewhat of a letdown to return to the other by-numbers plot.

Oh, and there is a fated love story too between Alina and childhood friend and fellow orphan, Mal (Archie Renaux).

Despite constant flashbacks and both characters pining over each other whilst separated, the romance never has enough tragedy nor believability to kick in. Indeed, this feeds into the biggest problem in Shadow and Bone: Alina Starkov.

Although Mei Lei tries to bring out the emotion in all her scenes, her character, whilst possessing enough base ‘small girl humble beginnings coming into power' ingredients, lacks any agency of her own.

She is buffeted by events, barely shaping the plot and lacking any real clear motivating factors.

Missing Mal? An irritation. Developing her power? Only because others want her to. Destroy the Fold? Well, at some point. She serves as a plot lynchpin more than a character to get behind.

I've missed entirely another plot thread with a shaky romance between kidnapped ‘Heartrender' Grisha Nina and her prejudiced Fjerdan captor, Matthias, because the whole thing smacks of ‘this will pay off next season'.

Still, Shadow and Bone has glorious costumes, dramatic magic, and the bare bones of a fantasy world with the promise of intrigue.

Season 1 plants the easel sufficiently enough that if season 2 were to open up the canvas and splash some paint around then, there is the promise for a more colourful world worth illuminating.

Good news for fans of the fantasy world, Shadow & Bone season 2 is coming to Netflix.

The bad news is that we don't have an exact release date and you will have to wait until 2023 to watch it.

So far Netflix has given us just a sneak peek at what's in store, but it looks like Alina Starkov might just be coming into her own – finally!

If you can't wait until then, you could always check out the Shadow and Bone trilogy of books by New York Times bestselling author Leigh Bardugo.

We do know that the second season will be based on Siege and Storm plus another original storyline featuring the Crows.

Jessie Mei Li as Alina Starkov, who discovers she is the Sun Summoner, a rare Grisha with the extraordinary power to control light.

Freddy Carter as Kaz Brekker, leader of the Crows, known as the Bastard of the Barrel

Amita Suman as Inej Ghafa, a member of the Crows known as the Wraith

Ben Barnes as General Aleksander Kirigan and the Shadow Summoner 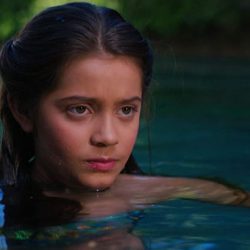 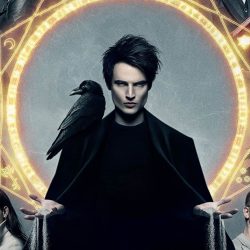 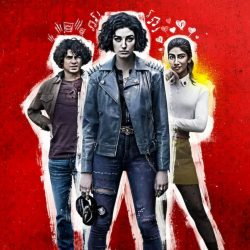