Shirkers was to be a 1992 Singapore independent film and generated a bit of buzz. But on completion one of the movie's makers disappeared, taking the reels of film with him. This is a documentary which covers all aspects of the mysterious issue and what really happened!

It is immediately clear from the opening minute of Shirkers that you are going to be involved in an unusual experience. Like ‘Lost In La Mancha’ before it, Shirkers is a documentary about a movie that never actually existed. In ‘La Mancha’ we saw the behind the scenes problems that wrecked Terry Gilliam’s adaptation of Don Quixote. But Shirkers is even odder because the film was made, but all footage stolen and presumed destroyed for 20 years.

Shirkers was to be a 1992 Singapore independent film. Scripted and made by teenagers Sandi Tan, Jasmine Ng, and Sophie Siddique, the movie was directed by their enigmatic American teacher and collaborator, Georges Cardona. With Singaporean cinema hardly a flourishing business in 1992 (or now) the movie generated a bit of buzz, except on completion of principal photography Cardona disappeared, taking the reels of film with him.

Tan narrates this documentary which covers all aspects of the mysterious issue. We are guided through a narrative that includes her own early life and the backdrop of Singapore at the time. Then on to the aftermath where her and her friends drifted, listless, in the wake of emptiness that followed wrapping of shooting. Tan and her friends came from a strong punk-esque ‘zine making world and so the documentary is also stuffed full with handmade animation, giving it a dreamy ‘coming of age’ feel throughout.

As the tale behind the loss of Shirkers is so larger than life, Tan’s direction of using such a stylised and hazy visual approach means that for a large portion I was actually convinced the whole thing was a fiction. I went into watching Shirkers blind. The lack of meaningful length interviews, combined with Tan’s ‘zine influenced hodge podge of footage, gave the whole thing a ‘meta double bluff’ feel to it. Even at the end I had to look up to see if the story was true or not!

Shirkers the documentary comes across much like Shirkers the movie was intended to be: heavily inspired by French surrealism and noir like ennui. Yes, the washed out colours and otherworldliness have led to various festival awards, but overall Shirkers is so enraptured with its own odd tale that in fact some more normality would have helped ground it throughout.

It plays over Tan’s narration much like her own memories. It skips from bit to bit; it rewinds footage and replays; it drops symbolic shots alongside archived footage. The patchy mood pieces set a tone, but still that ‘fact’ element is needed to help move things along.

Presentation aside, Shirkers contains a very interesting mystery and it explores the confusing myth of a man who turns out to be a serial liar by all who knew him. And yet he helped inspire others and influenced great work. And, come the end, when Shirkers the movie is almost reborn, there is a great sense of what could have been. One for a baffling night in. 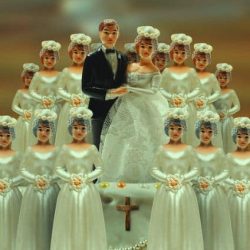 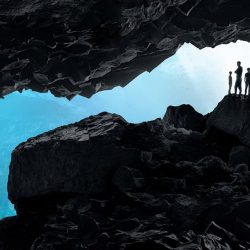