Just how much are you being watched? How can an inconspicuous change to the law allow intelligence agencies to observe the masses? This thrilling Oliver Stone biopic digs deep into the activities of the NSA and the release of classified information by whistleblower Edward Snowdon.

The Snowden movie is based on the book ‘The Snowden Files' by Luke Harding. Edward Snowden became the most wanted man in the world in 2013 after he leaked classified information from the NSA.

The leak revealed the illegal techniques used by the NSA to operate global surveillance which was published by the Guardian and The Washington Post.

The American government immediately responded by labelling him a traitor. They then issued charges of two counts of violating the Espionage Act of 1917.

The world watched as Snowden was tracked to Moscow, where he was eventually granted asylum and is still there today.

Oliver Stone directed and co-wrote this tense spy thriller. After years of films that were average at best, Snowden brings the best of Stone back to the big screen for us all to enjoy. This is just the kind of story that Oliver Stone excels at. He relishes the chance to expose political wrongdoings. This story is based on the power of truth and reveals possibly the biggest breach of privacy the world has ever known. So it needed someone who is not afraid to tackle it head-on and Stone certainly does that.

The detail in this movie is incredible. We are introduced to the more patriotic side of Edward Snowden. He had intended on becoming a member of the Special Forces until injury forced him to change paths. The movie casts a spotlight on the incredible lengths that the intelligence agencies go to and is a truly fascinating eye-opener. Yes, Snowden is portrayed somewhat as a hero by Stone. However, in the context of exposing a real conspiracy, it would be hard not to admire him and overlook the vast complications of releasing such sensitive information.

The camera work is incredible throughout and the screenplay jumps across different timelines. This keeps the narrative clear whilst maintaining the tension to the max and providing a number of heart-stopping moments. Joseph Gordon-Levitt (Mr Corman) gives an amazing performance playing Edward Snowdon.

In fact, the whole cast is brilliant and includes Zachary Quinto (Star Trek Beyond). Rhys Ifans pulls off one of his best ever performances playing CIA Deputy Director and Nicholas Cage (The History of Swear Words) gives a remarkably restrained performance.

Also in the mix is Logan Marshall-Green (Upgrade).

The story of Edward Snowden is naturally very murky due to the deep accusations from the American authorities. But if you have any interest in this story or even wish to know just how much information is tracked or was tracked by the intelligence agencies then this is a must watch film. It may well make you re-think some of the things you post on social media! Snowden is truly thought-provoking and raises some significant questions about the modern world – strongly recommended. 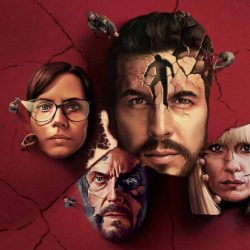 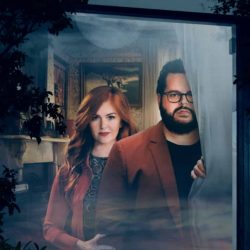 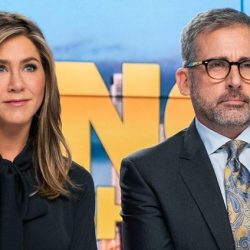