In a post-apocalyptic world, all that is left of humanity is on board Snowpiercer, a 1001 carriage train that is divided by the haves and the have-nots. A thriller/drama that that takes a few episodes to get in to.

When a series has to front load a concept and endlessly bludgeon you with bespoke terminology it can take a patient mind to plow through. Snowpiercer, a serial adaptation based on the 2013 cult movie directed by Bong Joon-ho (Parasite), does not so much ease you in as shove a map in your face and gesture very pointedly to the colour coded interwoven lines. In essence, it’s post-apocalyptic world time.

The ‘hows’ and ‘whys’ are not particularly important except to say that the planet has been frozen over due to Reasons. Any unprotected exposure to the outside will result in virtually instant death. Yet humanity survives within Snowpiercer; an endlessly moving train 1,001 cars long and the brainchild of billionaire Mr Wilford. Within its carriages lies a deeply segregated society.

First class passengers enjoy plentiful meals and luxuries whilst those who boarded without a ticket are forced to cram together in the rear of the train, surviving on gelatinous nutrient slabs. These ‘tailies’, along with Third Class provide the backbreaking labour that keeps the train running.

It’s clear very early on that the issue of a tight class society is going to be treated with all the nuance of an underlit railway station toilet. We get it. First-class are entitled and frequently callous, whilst third class and the tail are oppressed and deprived of their humanity. Time spent exploring this in the opening episodes is time that threatens to switch off your mind. Thankfully a murder mystery is thrown into the mix.

A serial killer has been offing men, whilst also lopping off what makes them so. Head of Hospitality, Melanie Cavill (Jennifer Connelly) employs the help of the last surviving homicide detective, tailie Andre Layton (Daveed Diggs), to help her track down the culprit.

The first half of the series is therefore a police procedural in all but name. Andre’s investigation leads him up the train so we get to learn the power structure and various players that will factor in later. Elements such as the Night Car (entertainment/brothel), the Brakemen (quasi-police enforcers), the Jackboots (shock troops), and the various tensions between them. Most characters are painted thinly and fail to engage the memory and it isn’t until Andre’s investigation comes to an unexpectedly quick conclusion that the track ahead hits a welcome junction.

Snowpiercer is definitely a series of two halves. The barrage of pretty simple to grasp concepts mixed with a stock cast means that the narrative is slow to pull away from the station, but once things chug out of murder mystery village and puff towards ‘rebellion’ town the interest accelerates.

Jennifer Connelly sinks her teeth into her role expertly. As the only person with the ear of the elusive Mr Wilford, she acts as concierge, engineer, enforcer, investigator, and dictator all rolled into one. Unlike Andre’s one-note angle of ‘social warrior’, you can always see glimmers of doubt beneath Melanie’s enforced hard expression. When you have a train carrying the last of humanity to run, what does it take to keep society in order?

Despite some Game of Thrones style artistic licence with the distance between spaces (apparently the train is 10 miles long but most people have no problem getting up and down the length of it pretty darn sharpish), Snowpiercer itself is well used as a source of tension. The fuel to keep it moving may be eternal, but the parts needed to operate it are not. There is a real sense that the perpetually chugging choo-choo is on the verge of falling apart mechanically, never mind socially. Only secrets and a near-religious reverence of the absent Mr Wilford keep things soldered together.

Snowpiercer throws enough at the wall that if you stick with it you’ll likely be enjoying yourself. Yes, the series is hurt by being mostly populated by characters who travel an arc flatter than the tracks of the train, and by being nowhere near the biting social commentary it’s aiming for.

However you do get some good musings on what it takes to keep people alive with finite resources when the world order has collapsed and a genuinely thrilling civil war that keeps the excitement levels up. Those wishing to alight will do so early on, but should you reach terminus then the journey is just about worth a return ticket. 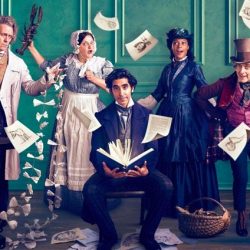