Ethan and Gary both buy their girlfriends something from Tiffany's but when their gifts get mixed up it changes all of their lives forever. Romcom starring Zoey Deutch and Kendrick Sampson.

Romcoms have undergone a bit of a resurgence recently with streaming services churning out quite a few, especially at Christmas time!

Amazon Prime Video has dipped its toes in the water with its offering Something From Tiffany’s, from Hello Sunshine (Reese Witherspoon’s company).

Starring Zoey Deutch and Kendrick Sampson, it is based on the novel of the same name by Melissa Hill.

But what is the romantic comedy about, and is it worth watching?

What Is Something From Tiffany’s About?

Both men end up at Tiffany’s jewellers at the same time on Christmas Eve, Ethan to buy an engagement ring and Gary to buy earrings.

Outside the store, Gary is then hit by a car, and Ethan (sort of) saves his life. He then picks up the wrong bag and heads home.

But his daughter Daisy wants to check that Gary is ok, so they go to the hospital to find out he is fine, and that’s where they meet Rachel.

Rachel owns a bakery and a restaurant, and to thank Ethan and Daisy for their help, invites them around.

All is going well; everybody is friendly and then on Christmas Day the jewellery mix-up is revealed when Rachel gets the engagement ring and Vanessa gets the earrings.

But instead of acknowledging what has happened, Gary lets Rachel think he bought the ring. Ethan then must find a way to tell a very happy Rachel what actually happened.

So how will it all turn out? Will any of them live happily ever after? Find out in Something From Tiffany’s.

Something From Tiffany’s Official Trailer

Is Something From Tiffany’s Worth Watching?

To my surprise, I actually liked this movie. It goes out of its way to avoid so many stereotypical tropes that we usually have to endure with this film genre.

Firstly, there are no bad guys. Both couples are very happy, if slightly incompatible, but they do genuinely love each other.

Secondly, it’s not so farfetched as to be completely unbelievable. Mix-ups happen all the time, and this one is a decent hook to hang a plot on.

The cast are excellent, with well-rounded and realistic characters who are likeable and relatable. Very normal people in an unusual situation. The fact that they all happen to be stunningly beautiful is just par for the course with romcoms.

If you’re expecting an award winning drama, then swerve Something From Tiffany’s.

This is a holiday romance movie designed to inject some cheery, festive escapism. And in that regard, it achieves exactly what it sets out to do.

Something From Tiffany’s Movie Cast 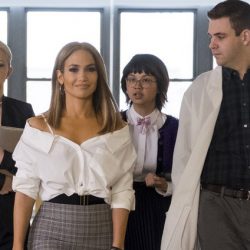 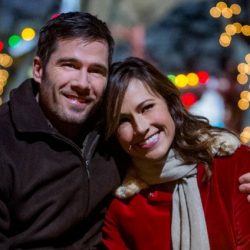 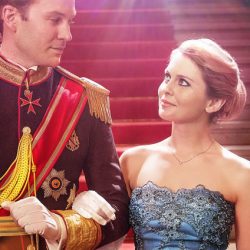