When Sonic The Hedgehog gets stranded on earth he needs the help of a local police officer to evade the clutches of super bad guy Dr. Robotnik, played by Jim Carrey in this fun family movie.

There have been many movie adaptations of video games with varying degrees of success, and most of those are on the wince-worthy end of the scale. When it comes to early 90s games the record is even worse, with the 1993 Super Mario Bros movie widely acknowledged as ‘Very Bad Indeed’. So when it was announced there would be a live-action movie of Mario’s rival, Sonic The Hedgehog, this news was met with a collective holding of breath.

This was not helped when preview images showed such a bad look for the titular character that the art department had to entirely reanimate Sonic in every scene due to the backlash. Fast forward and, at the time of writing, Sonic The Hedgehog is the fifth highest-grossing movie of 2020. Clearly, the formula connected well with audiences!

A skim through the plot of the movie is a meandering trip through town Generic. A lightning-quick tragedy at the beginning essentially strands Sonic on Earth with the instruction that his amazing ability will always attract those who want to exploit it, so he must stay hidden. He entertains himself as best he can by watching small-time cop Tom (James Marsden from The Best of Me) and vet wife Maddie (Tika Sumpter) and imagining he is part of their lives. But after he accidentally causes a massive electromagnetic pulse wiping out the electricity supply over a massive radius, the government sends in an eccentric genius called Dr. Robotnik to investigate.

What follows is a typical buddy road movie structure where Tom and Sonic must drive to San Francisco to recover the magical teleportation rings that Sonic misplaced there, all while avoiding Dr. Robotnik’s pursuit. However, what Sonic The Hedgehog does surprisingly well is nail the tone. Voiced by Ben Schwartz, Sonic as a character is wisecracking without being irritatingly smug. Sure, some of the jokes are low-hanging fruit (“Five stars?” Sonic asks after a terrible get away drive) but on the whole, the light-hearted lightning-speed blue hedgehog elicits a connection good enough to make you will him on.

The buddy movie is a classic structure because it puts two characters with competing interests in inescapable proximity. Marsden delivers his usual poster boy charm and his exasperation with Sonic makes for good chemistry. Unfortunately, this squeezes out any room for Maddie to have much of a character as she gets relegated to being off-camera for the majority of the movie. What this does leave room for though is a fantastically cast Jim Carrey as Dr. Robotnik.

Many movies suffer from putting so much emphasis on the protagonist that the antagonist is often relegated to paper-thin bad guy who pops up occasionally to drive the narrative forward. Carrey has never been an actor known for phoning it in and he throws himself into the role. Thankfully Carrey’s performance is one notch down from his most elastic (this isn’t Batman Forever / Riddler levels of gurning) but what he does bring is plenty of flavour. Robotnik’s constant gloating of super-intelligence and his affinity for his robot creations are given that extra twist of character by Carrey imbuing everything with his bespoke brand of arrogant mania.

The centrifugal force that pins everything together is commendably fun visual effects work. Key moments delight in that endlessly fun visual trick of making a superfast character appear normal speed whilst everything else slows to a crawl.

Sonic may owe a debt to Quicksilver in the X-Men movies but there is an inherent cheekiness to Sonic’s use of his speed. Be it his ability to play all the positions in baseball simultaneously or a bar room brawl when he takes his time rearranging the scene to a chuckle-worthy conclusion, this movie correctly underpins all scenes with respect for what made Sonic such a sensation back in the day: unbridled speed.

Sonic The Hedgehog is a great family movie to throw on and have everyone in the room have a good time, but not rely on nod-and-wink innuendo to engage the adults over the children’s heads. It’s a sleek effort with engaging characters and delightful set pieces which certainly surpassed all my (albeit low) expectations. Strap on some sneakers, ramp up the revs, and let this movie whip around your living room like a whirlwind of win. 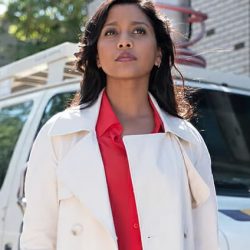