A blast from the past with this 90s British sitcom starring Simon Pegg and Nick Frost. Spaced is a fun trip down memory lane with plenty to like about this group of misfit friends.

It’s not often that the stars and creators of a cult late-night surreal 90s comedy TV show go on to have such stellar international careers. Plugging through the credits of Spaced now is like a who’s who but in retrospect you can see all the ingredients. What is it about that this weird show that only ran for two seasons (14 episodes total) revolving around slackers Tim Bisley and Daisy Steiner living on the cheap in their North London flat that jump-started everyone into such productive employment?

Failed artist Tim (Simon Pegg, Absolutely Anything), dumped by his cheating girlfriend and now homeless, decides on a whim to move in with a girl he just met, failed writer (or at least might be if she even tried), Daisy. Daisy (Jessica Hynes née Stevenson) leaves her shared drugged-out squat and, along with Tim, convinces landlady Marsha that the pair of them are a ‘professional couple’ in order to secure a flat. Their lie about being together gets tested as they meet weird artist lodger Brian (Mark Heap) but luckily Marsha (a sublimely tragic yet upbeat creation from Julia Deakin) is normally too drunk to notice, at least at first.

Directed by Edgar Wright before his feature movie career exploded (Shaun of the Dead, Scott Pilgrim vs The World, Baby Driver) the show is a superb combination of witty writing, sharp and funny directing with snappy edits, brilliant comedy performances, and large dashes of pop culture surrealism. A huge part of the appeal of Spaced is the near-constant amount of visual, verbal, and thematic references to pop culture. Such flair means that a great joke or smart nod is never far away, so much so that DVD releases feature a secondary subtitle track called the ‘Homage-o-meter’ which details the reference points. A lot of fun can be had spotting these!

Co-written by Jessica Hynes and Simon Pegg, the adventures of our gang vary from the mundane (having a rubbish house party) to the…also mundane but dramatically supercharged (Tim, after taking speed, starts hallucinating zombies during the after show party for a particularly obscure art piece). Although it takes a few episodes to settle in, once you get to know these characters then simply watching them interact in any scenario is jam packed with laid back comedy.

Episode 2 introduces Tim’s best friend Mike (Nick Frost). Frost had never acted before Spaced, which definitely shows. However, as the series goes on Frost relaxes into his role as a gun-obsessed Territorial Army soldier, suspended for stealing a tank and trying to invade Disney World. His close friendship with Tim (which may or may involve some unrequited feelings from Mike) provide many of the best gags. Twist – a snobbish socialite who deigns to have sympathy for dowdy Daisy – is a friendship a little harder to understand but sadly Twist (Katy Carmichael) doesn’t get given enough material to really flourish and mostly fades out by season 2.

A genuine joy of Spaced is that it could easily have taken cheap shots at a mostly 20 something cast. If this was an American comedy then the laziness or flawed behaviour would have been either sanded down by committee or become walking clichés.

Instead, the show highlights the genuine humdrum nature of everyday life by sprinkling some fantastical fairy dust over it, so that a visit from some kind of immigration officers turns into a pastiche of The Matrix in the minds of our characters (and the viewer). The cast starts off mostly distant from each other, but become a close knit group as time goes on. Indeed, there is no more perfectly written scene than the penultimate episode of season 2 where a birthday dinner at a restaurant descends into a shouting match and all the dirty laundry is aired at once.

There are a few moments that have aged uncomfortably badly. Brian’s sexuality is often shrouded in mystique; when asked if he is gay Brian’s reply of ‘no’ is in a tone indicating he isn’t really sure himself. When Brian gets an invite to see his ex-girlfriend ‘Ian’ new art exhibit the monstrously over the top performance from David Walliams only just swings the right side of mocking the pretention rather than the sexual identity. However, you’d have to be charitable to accept Tim’s derisory redefinition of Brian using the term ‘non gender specific’ to mean ‘big fat tranny’ as a character viewpoint joke, despite this being the 90s when it was more common to be casually disrespectful in this way.

Wince worthy moment aside, Spaced is a constant pleasure with such spot on performances and such layered references that there is so much to enjoy in each moment. Set against a musical backdrop of 90s acid house, stoner beats, and low-fi dance music (seriously, listen to the Spotify playlist) the whole thing plays out like a smeared comedy dream. Both season 1 and season 2 end on emotional highs that display mature character development and wonderful tear jerker montages and if you haven’t had the pleasure then get yourself on Netflix for a watch. The beat starts here. 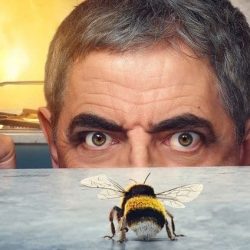 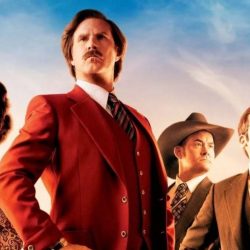