Marie Kondo is back and fresh off the back of Tidying Up comes Sparking Joy with the emphasis on helping people with their business as well as their homes. Still good but not offering much more than the first series.

This review opens hoping that various lockdowns have treated you as well as possible. If your house is anything like mine then the presence of all members of the family home at all times has led to a rather relaxed attitude to mess. Working from home may have cut out the commute, but no extra time to organise seems to have materialised. With her messy senses tingling, it’s down to Japanese lifestyle guru Marie Kondo to glide in with another Netflix series extolling the virtues of tidying up.

If Tidying Up with Marie Kondo was all about sorting out your home, then Sparking Joy is expanding the reach of its otherwise diminutive host to encompass the workplace as well. Therefore the ‘KonMari’ method gets deployed for a father and son gardening business, a coffee shop owner who brings too much work home, and an ex-school headmistress turned church event organiser.

Truth be told, there is still plenty of the subject’s homes in these episodes and barring the gardening business, Sparking Joy struggles to really expand its central messages. The problem is the KonMari method is so inherently simple: gather all your possessions and ditch whatever doesn’t spark joy, (after thanking it for its service). In a business sense, this ‘joy’ element is a bit hazier, but Kondo’s calm and efficient techniques are still gainfully deployed.

Speaking through a translator, Kondo serves to teach her method and guide people through deploying them. The human drama, such as it is, comes from the people themselves. The highly disorganised garden centre, run by father-son combo Jimmy and Logan, is more about digging into the roots of their family dynamic than it is the tricks of vertical box tidying. Talk of parent absenteeism and a sister that generally doesn’t visit is softly treated. Much like Marie herself, Sparking Joy acts as a quiet observer, rather than argument instigator.

There are certainly some strong emotions going on, but these are dealt with in a virtually meditative way. When a single mother talks about her heartbreak of having to change career due to health problems, it’s like the feeling has its moment…and then is gone: inhaled and exhaled in one deliberate and controlled motion. This makes watching Sparking Joy an exercise in thoughtful peace, albeit one that will inevitably fail to hold your interest if you try to watch more than one at a time. Even the 40 minute run time is, frankly, pushing it.

Marie Kondo is a brand unto herself and if you buy into her non-showy advice then watching her disperse it is like a balm. My chest of drawers has been considerably better organised since her last series! Considering the internet was alight with epoch forming chatter when Tidying Up debuted back in 2019 it clearly makes business sense to generate more Kondo based series. But despite attempts to broaden the scope Sparking Joy boils down to more of the same, best treated as a pick-me-up for existing fans rather than a revelation in of itself. 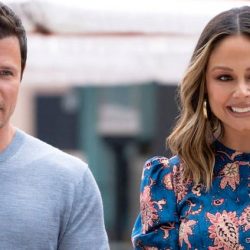 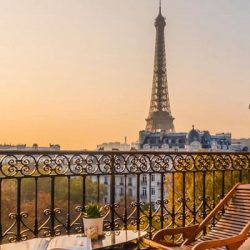 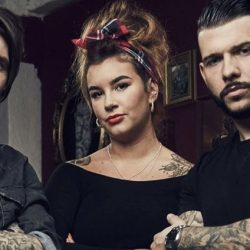