Ex-cop Spenser has just been released from prison but, before he can get out of Boston, finds himself embroiled in uncovering Police Corruption at the highest levels. An entertaining Mark Wahlberg action movie that has plenty to like about it, even if it is a bit far-fetched and over the top.

Mark Wahlberg has crash-landed at Netflix with his action-packed Spenser Confidential. With more guns, machetes, car chases, crashes and fight scenes than you can shake a stick at, this is a high octane, non-stop movie from beginning to end. Wahlberg plays Spenser, an ex-cop who is just finishing up a five-year prison sentence for assaulting his Police Captain. On his final day inside, he narrowly escapes being killed, a message from the outside to get out of Boston as fast as he can.

Once released Spenser heads to Henry (Alan Arkin from The Kominsky Method) where he is asked to help mentor a talented but untrained MMA fighter called Hawk. Torn between helping and leaving for Arizona, Spenser's mind is made up for him when the Police Captain he assaulted is brutally murdered. When a second police officer is deemed to have committed the crime in a murder-suicide, Spenser knows that it's most likely a set-up. The plot of the movie then becomes Spenser and Hawk (Winston Duke) trying to get justice for the fallen officer and his family.

It becomes obvious quite quickly that something is rotten in the Boston Police Department. From historical murders that were never investigated to an alleged drug pipeline facilitated by other police officers, the further Spenser digs, the more trouble he lands himself in. Aided by Henry, his ex-girlfriend Cissy (Iliza Shlesinger), and an investigative journalist (Marc Maron) the five of them hatch a plan to blow the lid on the corruption in the city.

Spenser Confidential is an easy-to-watch, thoroughly likable Mark Wahlberg (Deepwater Horizon) action movie. It has just enough grim violence to give it an edge but balanced by a witty script and a particularly funny Iliza Shlesinger. It moves at a great pace, has plenty of action, a great set of characters and actors and overall is very watchable. If you're expecting an academy award winner you'll be disappointed but if you just want to be entertained for no other reason than to be entertained, then this fits the bill nicely. 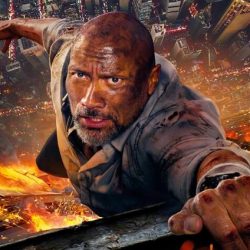 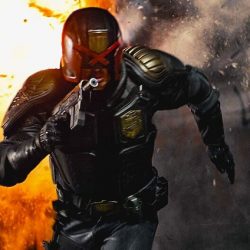