This shockingly intense psychological thriller becomes a showcase for the amazing acting skills of James McAvoy. Imagine one person playing twenty-four different people all at once and you have Split. Classic horror themes on steroids.

All three films are written, produced and directed by Shyamalan. He does an amazing job with stunning camera work, that is Kubrick like in it's delivery. Whilst the first film is a great introduction to the premise of the trilogy, Split has a very different feel to it. It pretty much could have been made as a standalone film. But as the centre piece of this brilliant trilogy, it is a real masterpiece. All delivered to the audience with classic horror themes from start to finish.

The real stand out to this film is the stunning performance from James McAvoy as the lead character. Kevin Wendel Crumb (The Horde) has twenty-three different personalities that he constantly leaps between. It appears that this is more than a standard psychological disorder. His biological makeup changes significantly with each leap of personality. These remarkable changes cumulate into the horrific twenty-fourth personality, the Beast. Watching McAvoy's acting masterclass playing this role is remarkable, it is worth watching this film just to witness this alone.

It should be said that this film does build to a brutally horrific climax, but is much more than your standard horror flick. Shyamalan provides an incredibly intense psychological thriller with so many complex layers. The third part of the trilogy, Glass is currently being shown in cinemas. So if looking for something truly unique, Unbreakable and Split is a must watch. Then go catch Glass on the big screen, you will not regret it. 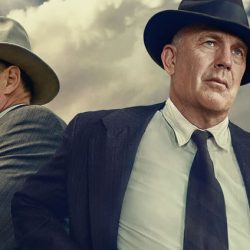