Squid Game pits hundreds of broke and desperate people against each other over a series of children's games where only one can win millions. The others are eliminated. A superb survival drama from South Korea.

When it comes to current cutting edge drama the South Koreans are definitely leading the way. A prime example is Squid Game, a survival drama written and directed by Hwang Dong-hyuk and released worldwide by Netflix.

The premise of the show is simple. Seong Gi-Hun (Lee Jung-jae) is a grown man still living at home with his mother. Having made a bit of a mess of his life Gi-Hun is irresponsible and immature. He is divorced, basically unemployed, borderline neglects his only child and gambles away with little money he can get a hold of. He owes money to loan sharks and is on the brink of losing everything.

Then one evening, a stranger offers him a deal. If he can beat him in a card game, the stranger will give him 100,000 Korean Won (approx £60/$85). Unable to resist Gi Hun agrees and loses. But instead of demanding the money from Gi Hun, the stranger instead slaps him and offers him another chance.

Eventually, this goes on until Gi Hun actually wins some money. It is then that the stranger gives Gi Hun a run down on his life and offers him a mysterious invitation to win a life changing amount of money. All he has to do is play games. Easy.

Debating his options a desperate Gi Hun agrees. Picked up by a stranger wearing a mask, Gi Hun gets into the car and wakes up in a huge room with hundreds of other people. Each has been dressed the same way and are wearing a number. Gi Hun is number 456.

Nobody knows what is going on and quite quickly, it becomes clear that everybody taking part is desperate for money. Then, over the tannoy, they are told it is time for the first game. The rules are simple. Get through the game and you move on to game number two. Fail to get through and you will be eliminated.

The first game to be played is Red Light Green Light. You can move when it's the green light but must freeze when it turns to the red light. Without realising that this is a deadly high stakes game, those that move on the red light are shot dead sending the rest of the cash strapped players into a blind panic. The savvy players know that they must carry on or risk being killed. With a dose of luck and help from other players, Gi Hun wins and makes it through to the second game.

But, as you can imagine, the remaining players completely freak out about those that were killed. That is until the scoreboard tallies up how much money is now in the pot to be won. For every player that is eliminated 100,000,000 Korean Won goes into the prize fund. That means, with 456 players that the last man or woman standing will walk away with over £27 million. The players quickly realise that they should form some allies and Gi Hun's team comes together in the form of Cho Sang Woo (Park Hae-soo), Il Nam (Oh Yeong-su), Ali (Tripathi Anupam) and Sae-byeok (Jung Ho-yeon).

Each has their own set of unique circumstances that brought them to the game but all are desperate for the money. Once they realise that each round is based on children's games that most of them played when they were young, they use each other's strengths to get them through alive. Of course, there are twists and turns, this is a thrilling drama from South Korea after all! But I don't want to write any spoilers so here's what I can say…

Not all is as it seems. Yes, players are killed but there's a subplot to that. Yes, Gi Hun's team looks like it doesn't stand a chance but looks can be deceptive. And yes, we do get to see out the six games including tug of war, marbles (fourth game), crossing a glass bridge (fifth game) and the last round Squid Game, after which the show is named. Being the main game it is also the final round and is ultimately the game that decides the winner.

On the surface, and from the trailer, Squid Game can seem like Takeshi's Castle on steroids. It isn't. It is a superbly written thrilling drama that will suck you, send you on an emotional rollercoaster and then spit you out. It is a near-perfect show on Netflix. The characters are nuanced and flawed. They are not all good people and a few players are very unlikeable. With terrible decisions to make over the course of the games and even worse things happening behind the scenes Squid Game Netflix is packed with plots and subplots and even when you think it's over, it isn't.

The Cast Of Squid Game

There are seven or eight main players in Squid Game. Leading the way is Seong Gi Hun played by Lee Jung-jae. A multi-talented actor, he not only holds a Masters in Theater & Film Art from Dongguk University but also owns a chain of Italian restaurants and an entertainment label called Artist Company.

Park Hae-soo plays Cho Sang-woo in Squid Game. Having grown up with Gi Hun, the two used to be best friends. In real life Park Hae-soo started his acting career in the theatre before moving into television in 2012 and film in 2014. He has since won numerous awards including the Seoul Award for best new actor in 2018.

Jung Ho-yeon plays Kang Sae-byeok a young woman who has defected from North Korea. Quiet and untrustworthy her character evolves over the nine episodes as the lure to win easy money becomes too hard to resist. In real life, Jung Ho Yeon is a very famous South Korean fashion model and actress and has appeared on Korea’s Next Top Model. She also boasts 1.5 million Insta followers.

Making up one of the subplots, Wi Ha-joon plays Hwang Jun-ho, a police officer who sneaks into the Game to find his missing brother. As well as Squid Game, you can catch Wi Ha joon in Romance is a Bonus Book, also on Netflix.

Will There Be A Second Season Of Squid Game?

When it was released, season 1 of Squid Game sat at second place in the global category of TOP TV Shows on Netflix behind another big hitter – Sex Education. It is the highest-ranked South Korean show ever on Netflix.

While it didn't end with a cliff-hanger per se, it certainly left the door open for a second season. At the time of writing, Netflix had not renewed Squid Game but that is not a surprise given they often take their time making these types of decisions.

That said, it's unlikely they will let a gem like Squid Game slip through their fingers so I fully expect to see season 2 commissioned very soon.

Is Squid Game A Real Game?

Yes, it was a popular Korean children’s game from the 1970s and 1980s. Just like Red Light Green Light, the games in the show are all based on children's games which is what makes the show so clever. 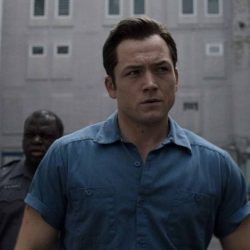