Star Trek: Strange New Worlds promises a thrilling journey filled with action-packed excitement and thought-provoking stories from the iconic science fiction franchise. But is it any good?

Star Trek is an iconic science fiction franchise that has been around for over fifty years. The original series first aired in 1966 and has spawned multiple television series and movies.

Star Trek: Strange New Worlds is the latest instalment in this long-running franchise. This show brings back many of the most beloved characters from the original 1960s series – but is it any good?

In recent years, Star Trek reboots such as Picard and Discovery have been some of the least popular series in the franchise. Leaving fans yearning for the joys of The Next Generation and Deep Space Nine.

Strange New Worlds is the 11th series based on Gene Roddenberry's classic sci-fi adventures, but how does it fair against the other Star Trek shows?

I'm happy to report that the original Star Trek spirit has been splendidly brought back to life in Strange New Worlds.

It might be the presence of characters like Spock, Uhura, Number One, and even Kirk. It could be the spectacular visual effects or the engaging storylines. Whatever it is, Star Trek: Strange New Worlds is the perfect balance of respecting the original series and introducing fresh, dynamic stories.

Star Trek: Strange New Worlds is set around ten years before the events of the 1960s series. The new show follows the crew of the USS Enterprise under Captain Christopher Pike.

Each episode is a stand-alone adventure, but the series also tells a larger story arc throughout its first season. As with any good science fiction show, there are plenty of moral lessons to be learned and new worlds to explore.

Captain Christopher Pike is played by the American-born actor Anson Mount (The Virtuoso). Mount is no stranger to science fiction, having previously starred in the role of Captain Pike in the 2019 Star Trek Discovery series.

Ethan Peck takes on the iconic role of Spock, and despite being unsure of his performance in the first episode, as the series progressed, Peck's Spock became a star of the show.

Rebecca Romijn plays Number One, the ship's first officer. Romijn is known for her role as Mystique in X-Men, and she proves to be an excellent choice for this role.

When Is Season 2 Due?

The success of season one has led to Paramount Plus renewing Star Trek: Strange New Worlds for a second season.

A second season was confirmed in January 2022, and filming recently took place at CBS Stages Canada.

Get ready for the upcoming 10-episode season, which is anticipated to make its debut on Paramount+ in 2023! No exact date has been announced yet, but we will keep you updated with the latest news.

Overall, Star Trek: Strange New Worlds is a wonderful return to the classic series fans have grown to love. It offers an exciting mix of action, adventure, and moral lessons that appeal to both new and old viewers.

The star-studded cast does a wonderful job of bringing the characters to life, making this series a pleasure to watch.

Star Trek: Strange New Worlds is definitely worth watching if you're looking for an entertaining science fiction series!

Other Sci-Fi Series to Watch?

If you enjoyed Star Trek: Strange New Worlds, there are other great science fiction movies that you can watch. Here are some recommendations: For All Mankind, The Orville, Finch and The Tomorrow War.

You can check out more Sci-Fi gems on our dedicated page for fans of the genre! 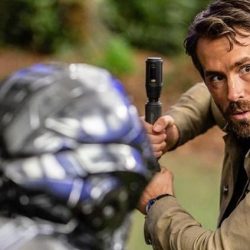 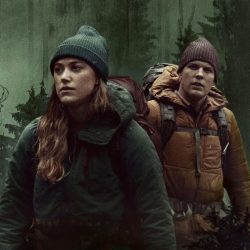