When Kyle moves to a new town, he soon finds himself at the mercy of the school bullies. But when he discovers a magical app on his phone he quickly discovers that any Status Update he posts becomes reality. A Teen rom-com that's not awful but not great either!

Status Update is exactly how you would imagine a Disney/Nickelodeon style movie would be. It is basically an all singing all dancing teen romcom – think High School Musical meets Zapped. Actually, it's exactly like Zapped, just with a few tweaks and Ross Lynch instead of Zandaya in the lead role. He plays Kyle Moore, a teenager who has recently moved from California to a new town with his mum and sister. With his parents on the verge of an impending divorce, a new school to navigate and no friends, things aren't going well for Kyle. Especially when on his first day in high school he is targeted by the bullies on the hockey team – the cool kids.

He soon finds his feet, makes a new friend in Lonnie (Harvey Guillen) and crushes on singer Dani (Olivia Holt). But when the never-ending harrassment from Derek (Gregg Sulkin) and his pals results in his phone getting smashed up, Kyle's life changes forever. Dashing to the mall to repair the phone he stumbles on to a booth where the whacky sales guy gives him a new phone with a magical app called Universe. Every status he then posts on the app turns to reality. So he starts small with ‘My dad and car arrived from California'. Hey presto, the next morning the car is outside the door and his dad arrives from California.

Of course, there are stumbles along the way as he adapts to how the app works. When he updates his status saying he is a classically trained singer, so he can get into the same band as Dani, he sings like a soprano. Not ideal, but he quickly rectifies the situation and is soon leaping around the school canteen singing Bruno Mars like a Grammy-winning superstar. Using the app to solve all his problems is great but in the end, it only causes more problems. He successfully manages to de-throne Derek, plays hockey like a superstar and becomes the most popular kid in school. But along the way, he neglects Lonnie and Dani and is no happier than before.

Status Update is exactly what it looks like. A teen comedy romance that is really only aimed at that demographic. If you are roped in to watch it as a parent then expect 1h 46m of eye-rolling nonsense. It's predictable and cliched but what it does have is some solid performances, particularly from John Michael Higgins (Pitch Perfect) and Wendi McLendon-Covey (The Goldbergs) who plays Kyle's mum. Otherwise, while it's not truly awful, it is quite terrible. Then again, I'm not the target audience it appeals to so if you're a young teen, you'll probably love it. 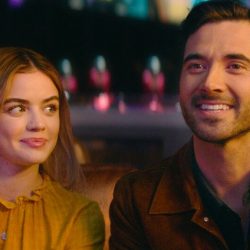 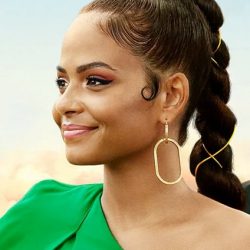 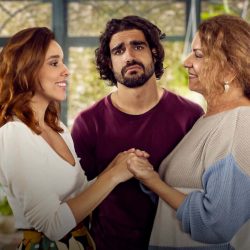