Based on a true story, Tag tells the tale of how a group of friends keeps their youth alive by dedicating one month a year to an epic game of - you guessed it – Tag. A funny comedy starring Jeremy Renner, John Hamm and Ed Helms.

The shift from childhood to adulthood is one sorely desired at the time and yet lamented once the former is shrinking in the rearview mirror. Games take on a different meaning: no longer about belting around with high energy exuberance but instead focused on carving out a mutually do-able date to sit at home and move some pieces around a board. But what if there was a way to keep that adolescent thrumming of potential energy alive?

Based on a true story, Tag tells the tale of how a group of friends keep their youth alive by dedicating one month a year to an epic game of – you guessed it – Tag.

Tag stars an ensemble of Jeremy Renner, Ed Helms, Jon Hamm, Jake Johnson, and Hannibal Buress. The group use trickery to sneak up on each other (whoever was ‘it’ at the end of the last season starts the next season as ‘it’ also) and we open the movie with Hogan Malloy (Helms) donning a disguise and taking on a job as a janitor at Bob Callahan’s (Jon Hamm) company in order to get the drop on him. No-one has EVER managed to tag Jerry (Renner), but Jerry’s upcoming wedding means that they know where he is going to be at all times…

With an almost exclusively male cast horsing about in a childish manner such a movie smacks of the sort of dross that fills out an average Hangover movie (arguably Ed Helms’ best-known role) but Tag manages to work in some sweetness that just about elevates it. There is a camaraderie between the gang that, despite the competitive nature of their gathering, doesn’t slip into unnecessarily mean or abrasive. Their dedicated adherence to the annual game of tag gives them a reason to regroup and enjoy life, and the news that current undefeated champion, Jerry, intends to retire after this year lights a fire under them all.

Tellingly, the highlights of the movie are the actual attempts to tag Jerry and much of the filler in-between is neither particularly funny nor interesting. Renner is perfectly cast here. Jerry is always two steps ahead of the gang and his athletic tag avoidance techniques would border on absurd without an actor of Renner’s charm to sell them. But in between these highly energetic and entertaining attempts to tag him, we are left with scenes that smack of a single joke stretched out as thinly as possible.

The problems in the screenplay betray a good central idea based on real events but with pages and pages left to fill with something. Women are very poorly represented in Tag, left to love interests and distractions only. Ostensibly the audience’s ‘in’ character is Crosby (Annabelle Wallis), a Wall Street Journal journalist who was doing a piece on Callahan when Malloy ‘attacked’ him in his office. She follows the group with bafflement and asks entirely expositional questions, but poor Wallis might as well be blonde wallpaper for all the effort the script makes to include her.

Isla Fisher (Godmothered), as Malloy’s wife, delivers the same manic energy that The Wedding Crashers allocated for her, but as she is not allowed to join in the game she is afforded no depth beyond a placard that reads ‘frustratedly competitive’. The character of Cheryl (Rashida Jones) is inserted to distract both Hamm and Johnson as their characters both have history with her, and thus endeth her agency. This is definitely a guys acting out movie with the gals shoved to one side.

Unlike other male-centric movies of its ilk, Tag displays enough genuine heart enough of the time that it makes for a pleasant, if spotty watch. Come the final moments when the true reason for Malloy’s desperation to tag Jerry this year is revealed there is honest rumination on whether playing the game has actually prevented the group bonding on a deeper level, and what it takes to connect with someone in the adult world. As the credits rolled I was definitely smiling, but just have your finger on the fast forward button whenever Renner isn’t balletically backflipping over some chump trying to tag him. 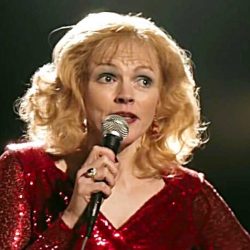 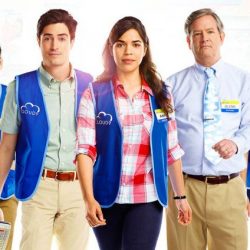 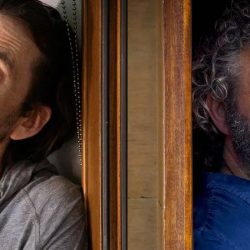