When Rebecca Welton inherits her husband's beloved football team in the divorce she sets about destroying it and that starts with hiring Ted Lasso, an American Football coach who knows nothing about soccer. A near-perfect show, full of so much kindness and comedy that it's like getting a big virtual hug.

Sometimes we all need a show that just gives a huge virtual hug. And that show is Ted Lasso on AppleTV+.

Developed by Jason Sudeikis, Bill Lawrence, Brendan Hunt, and Joe Kelly, the show is based on a character that Sudeikis first played in a series of adverts for NBC Sports' coverage of the Premier League.

What Is Ted Lasso About?

Jason Sudeikis plays Ted Lasso a low-level American Football coach who gets hired to manage a Premier League football (soccer) team in the UK. That is despite knowing nothing about the game or ever having coached it before.

The club is AFC Richmond. It's clear from the get-go that its owner, Rebecca Welton (Hannah Waddingham), inherited the club in her recent divorce.

Knowing how much her ex-husband loved the club, Rebecca decides that she is going to burn it down (metaphorically), and she starts by hiring Ted Lasso.

Her plan is that he will do such a poor job the club will get relegated, which will crush her ex. But she doesn't bank on Ted being one of the most genuine and likeable people she has ever met.

With his southern drawl and easy manner, Ted goes about changing the atmosphere at the club and in the locker room. Players with anger and ego issues are soon transformed as Ted inspires and instils a sense of belief all through compassion and kindness.

Ted is so nice that it gets harder and harder for Rebecca to want to see him fail. Especially as she discovers that his life is not perfect and that he, too is battling with his own personal problems.

But as the team's poor run of form continues and relegation looms, will Ted be able to save the club from demotion?

Is Ted Lasso Worth Watching?

Ted Lasso is more than some sugary sweet drama. It has some sharp comedy and laugh-out-loud moments as the American and British cultures clash. And, dare I say it, some moments that will have you reaching for the tissues.

In particular, Rebecca's story will resonate as a woman whose cheating husband still manages to cause enormous pain by simply being a complete prick.

Ted Lasso has one of the most perfect collections of characters ever put together on the small screen. From the sassy but loveable Keely (Juno Temple, Dirty John) to the meek and mild-mannered Nathan, to the unassuming assistant Coach Beard and everyone in between, the show is a clever dramedy that deservedly earned Sudeikis a Golden Globe win.

Ted Lasso is a man of heart and soul and so is this show.

With two seasons already available on Apple TV+, the powers that be have decided that Ted Lasso Season 3 will be the last one.

This is largely due to the availability of Jason Sudeikis but the door will be left open for a fourth season, so never say never.

If in the meantime you fancy watching other shows like Ted Lasso, check out our fantastic list here.

Hannah Waddingham as Rebecca Welton, the new owner of AFC Richmond. She initially hires Lasso to sabotage the team.

Jeremy Swift as Leslie Higgins, the timid but playful Director of Football Operations.

Juno Temple as Keeley Jones, who becomes the club's manager of marketing and public relations. 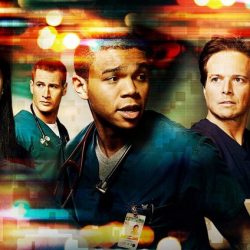