The Babysitter from Netflix is the perfect blend of humour & horror for Halloween. Think ‘Home Alone’ meets ‘Scream’ with a pinch of ‘The Craft’ thrown in for good measure. Cole is a 12-year-old-boy who idolises his beautiful Babysitter (Bee). On the surface Bee is sweet, funny and cool. She’s also the leader of a satanic cult! When Cole accidentally witnesses the cult killing a hapless teen - the chase is on! Will Cole survive the night?

Twelve-year-old Cole Johnson sneaks out of his bed to spy on his Babysitter and her friends. He watches as a group of teens plays spin-the-bottle. In this version of the game, if the bottle stops on you, it’s not going to end well.

Instead of steamy kisses, you get ritually murdered and everyone drinks your blood! As the babysitter points out… “Things get messy when you make a deal with the devil.”

The next 85 minutes is a camp, fun and enjoyable horror/comedy romp. The action focuses on Cole, who attempts to avoid becoming the second human sacrifice of the evening. Bee (Samara Weaving) is fantastic as the sadistic Babysitter and Judah Lewis (Cole) delivers his lines with aplomb.

The supporting cast is great, especially Bella Thorne (You Get Me) who plays Allison. She's the self-absorbed cheerleader who gets many of the films best lines. Including “This would go viral, I mean, no one's done human sacrifice”.

Another teen points out that people have always done human sacrifice. To which she replies “yeah, but like, not in America, with hot people.” Bella Thorne is obviously the go-to actress for horror flicks. She’s starred in Amityville: The Awakening, Scream: The TV Series, Mostly Ghostly, Boo! A Medea Halloween and Leave Not One Alive.

The Babysitter takes a predictable horror film concept and turns it completely on its head. Instead of watching teens chased by a deranged slasher, in this movie it’s the teens do the slashing.

Obviously, the film doesn’t take itself too seriously. Although some scenes are particularly gruesome, the movie generates more laughs than screams. This isn’t a film that’s going to keep you awake at night.

However, it’s a great movie to watch if you decide to have a few friends over on Halloween – just make sure you don’t play spin the bottle! And now you can also watch the follow-up – The Babysitter: Killer Queen! 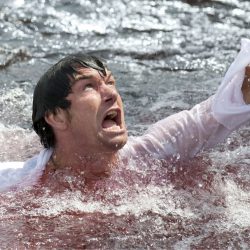 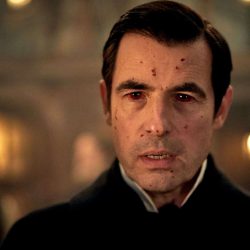 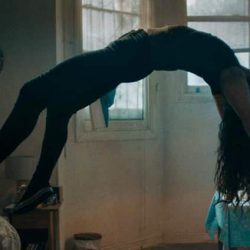