When a group of friends reunite for the holidays after 14 years, they must face their past and come together for each other in The Best Man Holiday. A superbly good drama that brings plenty of laughs and tears with one of the best ensemble casts of any movie.

The Best Man Holiday is a story that follows on from The Best Man, made in 1999. It's 14 years later (2013) and the entire group of friends has reunited to spend the holidays together. If you haven't seen the first movie, and I hadn't, there is a quick summary or montage of what happened in their early days. That gives you the foundation for why and how the various relationships exist all these years later.

There are quite a few characters and some complicated relationships so here goes with the explanation. Successful author Harper (Taye Diggs) is married to Robyn (Sanaa Latham) and they are expecting their first child. However, Harper's last book wasn't a success and he has also lost his teaching job, which his wife doesn't know about.

Harper, back in the day slept with Mia, while she was with his best friend Lance (Morris Chestnut) so their relationship has been thorny, to say the least. He also had a thing with Jordan (Nia Long) and their friendship still bothers his wife even though Jordan is now with Brian.

We then have Julian (Harold Perrineau) and Candace (Regina Hall) who run a successful school but Candance hates Shelby who is now a reality tv star. Shelby, has a love/hate relationship with Quentin (Terrence Howard), a permanently single guy and between them, they make up the group of 10 friends. And now they are all back together spending Christmas together at Mia and Lance's huge house.

The Best Man Holiday is such a great film. It has absolutely everything you could want from a movie. The characters are real and interesting and played so well that you feel every minute of their complicated history. The script will have you laughing one minute and in tears the next. And oh that fight between Candace and Shelby is a masterclass in acting from Regina Hall.

But more than all of that, The Best Man Holiday is about the highs and lows of friendship and love. Older and wiser, our group of friends must face the poor decisions from their past and come together when they need each other the most. P.s. have the tissues at the ready. 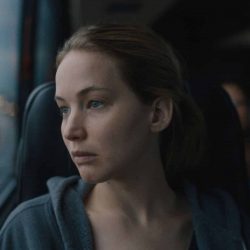