From director Timo Tjahjanto, comes The Big 4, a crime comedy about a detective being hunted by the enemies of her father who teams up with the four retired assassins he trained.

Distribution companies shape cinematic tastes more than they are given credit for. For a long time, the only Japanese films to come to the lips of western audiences were horrors or bloodbaths, thanks to the popularity and efforts of distributor Tartan Asia Extreme.

You don’t get much more of a global distributor than Netflix, and The Big 4 continues the shaped tastes for violent and stylish movies from Asia, as Indonesian cinema’s star rises.

Director Timo Tjahjanto’s last effort put out by Netflix internationally was the claret-splattering The Night Comes For Us (starring The Raid alumni Iko Uwais and Joe Taslim) which delivered the violence in spades.

With The Big 4, Tjahjanto has breathed deeply from a cannister of laughing gas: yes, it’s action/comedy time.

What is The Big 4 About?

Topan (Abimana Aryasatya, The Night Comes For Us), Alpha (Lutesha), Jenggo (Arie Kritiing) and Pelor (Kristo Immanuel) are collectively known as ‘The Big 4’: an ultra lethal family of assassins with fighting, bespoke weapons, sniping, and – er – bait as their special skills.

As orphans they were mentored by father figure Petrus (Budi Ros) to kill the bad bad guys, but life is complicated by the fact that Petrus’ real daughter, Dina (Putri Marino) is about to graduate as a police officer.

The in-your-face blast of the prologue scenes – in which a criminal gang steals children in order to harvest their organs for the black market – are exactly what you want from this kind of film.

High-energy fight scenes are punctuated by the spraying of ammunition, interjected with wince-worthy injuries, and doused liberally with chuckle-worthy humour.

It’s a statement of intent that The Big 4 spends the next hour trying to reclaim.

Is The Big 4 Worth Watching?

This isn’t your subtle comedy or your Marvel-style snarky comments. This is big, broad, frequently coarse comedy that certainly will or will not be to taste.

The film frequently features ‘stick your finger in the hole of a gun and make comments about sticking fingers in holes’ style jokes which certainly plays up to its larger-than-life characters, but can be derailing to the pace when things screech to a halt in order to overplay the gag.

After Petrus is murdered and Dina spots Topan at the scene, The Big 4 go into hiding in the fictional Bersi island (actually Bali), effectively breaking up the foursome we’ve just gotten to know.

Aryasatya as Topan is an excellent character. He is simultaneously capable but not cocky; warm but not wet; put upon but not sullen; and fun without being funny.

Aryasatya carries the film in these quieter moments during an extensive, and arguably over long, mid-section about getting the gang back together in the face of Dina’s investigation.

Throughout, the action scenes remain of a high calibre that strive to entertain in unexpected ways. Topan’s strained conversation with an inquisitive Dina as he tries to hide the life-and-death fight taking place behind some saloon doors is expertly played.

The, at times, petulant force of assassin-with-a-grudge Antonio (Marthino Lio) is a colourful antagonist whose set-chewing also strives to keep the energy bubbling along.

Once all the pieces are in place Tjahjanto’s explosive finale shows why he, and Indonesian cinema, has gained notoriety for the kind of fun that western cinema seems increasingly reluctant to indulge in. The Big 4 is nothing if not confident in its ability to entertain.

Without the constraints of a serious dramatic threat, Tjahjanto’s comedic sensibilities are such that most characters mug the camera, and mug it hard: Dina in particular. It isn’t a deal breaker (Topan’s character sees to that) but the 2 hour run time may certainly feel it if you aren’t laughing along.

The Big 4 delivers the kind of cathartic cartoonish violence that can be exactly what you need to blow off some steam. Pull out your guns, line up that bazooka, and let the ammunition fly. 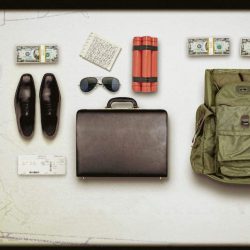 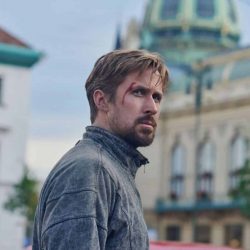