Some super-heroes have to be watched. Some have to be controlled. And some need to be taken out! That’s when you call in THE BOYS. The new Amazon Prime series turns the world of super-heroes upside down. Fans of movies like Deadpool and Kick-Ass will love this dark comic book caper.

The super-hero genre is certainly a crowded market at the moment. Barely a month passes without Marvel or DC comics releasing a movie based on yet another super-powered persona. Netflix jumped on the bandwagon earlier this year with its hugely popular series ‘The Umbrella Academy’. It was no surprise to discover Amazon Prime wanted in on the action too.

Yet, Amazon has chosen one of the most unconventional comic books to bring to the small screen. The Boys, written by Garth Ennis and first published in 2006, takes the notion of square-jawed, do-gooder heroes, and turns it on its head. In this world, the super-heroes are vain, greedy and self-absorbed. Imagine if the world’s worst Instagrammers had superpowers! You get the picture.

The series title, The Boys, doesn’t refer to the super-heroes but to a group of ordinary people who’ve had enough of these prima donnas. They embark on a quest to expose the truth about ‘The Seven’. The supes (Super-heroes) are led by Homelander (Antony Starr). The vigilantes assembled to take them on is marshalled by Billy Butcher (Karl Urban, Dredd). When mild-mannered store assistant Hughie watches his girlfriend accidentally killed by one of the seven, he is drawn into the murky underworld of Billy and his ragtag team of vigilantes.

As you’d expect from a series with Seth Rogan involved, it’s violent and damn funny. This is definitely not-for-kids! The sets, stunts, and production would give any major cinema release a run for its money. The cast is well put together, and there’s a nice cameo from Simon Pegg too.

It’s fair to say that since the original groundbreaking comic book was released, the concept of a flawed super-hero has been explored on-screen before. However, this series has more to say about the current zeitgeist surrounding celebrity culture, corporatism and #MeToo than Kick-Ass, Shazam! or Deadpool.

This is a much grittier take on the world of super-heroes. Although the show doesn’t let the social commentary over-take the storyline. This is a viciously fun satire for those of us fed-up with the super-hero genre, which includes just about everyone these days. 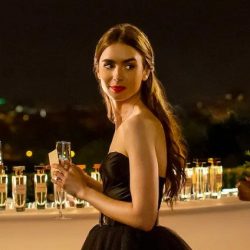