What happens when you answer the phone and the person on the other end is calling from 20 years in the past? That's the premise of The Call, a South Korean thriller that ramps up the intensity until the end.

Theoretical science says it is possible to travel to the future via time dilation. Near light speed, time moves slower for you than those relative to you, and so you advance across time at an accelerated rate. Are we able to produce such speeds? No. But do we need to? Also no. A simple telephone can do the job equally well. At least that is true for Kim Seo-yeon. After a strained visit with her sick mother, Seo-yeon’s journey to her rundown childhood home takes an odd turn when she answers an old, ringing, cordless phone.

The Call is a South Korean horror film that poses a very intriguing question: how can you fight against the past? On the other end of that phone is Oh Young-sook, a young woman calling from 20 years in the past but from the same house.

The two strike up a friendship, with the bitter Seo-yeon enjoying simple pleasures like playing YouTube clips of Young-sook’s favourite musician’s latest releases down the phone, and the lonely Young-sook leaving behind time capsules for Seo-yeon to find. Yet Young-sook’s past actions have the ability to cause major changes in the present for Seo-yeon, and these quickly sour from positive through to outright dangerous.

Young-sook (Jeon Jong-seo, also set to star in an upcoming series of Money Heist) is the key character throughout the movie. We see early on that she is the subject of abuse from a highly superstitious mother who foresees great evil in her future. Jong-seo dances with an iron will behind the eyes as resistance to her abuse elicits both sympathy and fear in us.

One minute she is screaming for her life and the other she is deliberately eating sloppily to rebelliously invite further abuse. Seo-yeon sees none of this, of course. Their friendship is a genuine one, full of gossiping and concern for each other. At least at first. The Call takes the time to make the connection before severing it so severely.

Whilst Jong-seo gets plenty of scenery-chewing moments to go wild with, Park Shin-hye (as Seo-yeon) has the harder ‘rabbit in headlights’ duty to fulfil. Don’t bother applying the normal ‘time travel’ logic to the plot of The Call. Characters who were to die in the past can be saved and thus ‘sprung back to life’ in the present, and then snuffed out again, yet with Seo-yeon retaining all knowledge of what happened. It’s a credit to Shin-hye’s performance that we can skim over the shaky script logic and still be sold on the devastating effect that Young-sook’s violent rage can have in the present day.

Another way The Call sells the emotional impact of its events is by investing good chunks of the budget on effect work for when a major timeline change takes place. The smaller moments may be just people fading in or out, or the general upkeep of the Seo-yeon / Young-sook house shifting from glossy upmarket home to decrepit rubble. But The Call commits to its major moments, slowly dissolving key cast (and even a car Seo-yeon is driving) with showy but effective special effects. Seo-yeon’s hysterics as her life literally falls apart around her is excellently done.

And thus The Call leaves you pondering that key question: how can you possibly fight against someone in the past who is determined to do you harm? Later scenes have shocking moments where Young-sook’s bloodlust really takes hold, and this leaves Shin-hye with the difficult task of installing tension in essentially ‘aggressive research sessions’ whilst trying to work out how to mislead a person from two decades ago.

The movie gets around this dull avenue by making it clear that all actions take place in ‘real time’, with 10:00pm on June 1st 2019 happening simultaneously with 10:00pm June 1st 1999. Thus a desperate knife fight in the past carves out structural damage before Seo-yeon’s eyes in 2019. The Call manages to convince you of otherwise dodgy time logic by making its own rules clear so that the stakes are never in question.

My only criticism of The Call is that it doesn’t have the confidence to stop. You may be willing for the movie to dial the wrong number a few times for the sake of narrative tension, but once the natural rhythm of the plot reaches an apex The Call pushes with more ‘what ifs’ than it earns. This is symptomatic of horror where a 50/50 choice gets made about which ending to go for, or whether the phone should be left off the hook for sequels. Arguably, The Call should have had its handset placed back in its cradle and the cord yanked out of the wall, yet for the time the line remains connected, The Call speaks volumes until dropping the phone to dangle in the wind. 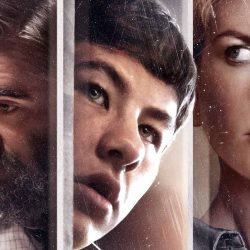