A biographical story about the reign of Queen Elizabeth II, The Crown is a fascinating account of the inner workings of the Royal household and the relationships within. With drama, history and superb acting all in the mix, one does highly recommend The Crown for your viewing.

The Crown has been nominated for so many awards that it would be easy to over look it as a fluffy piece of tv that darlings of the film and tv industry just love to fall all over but that would be a mistake.

It is a captivating look at the reign of Queen Elizabeth II, from her life as a young woman, a mother, a wife and a sister through to the difficulties faced as Monarch and the pressures that brings with it.

Now don't get me wrong, you're not supposed to feel sorry for the Queen watching this, but Claire Foy does such a spectacular job playing her that at times it's easy to imagine that this was not the life she envisaged or asked for.

A Netflix Original, The Crown evolved out of scriptwriter Peter Morgan's 2006 film The Queen and the 2013 stage play The Audience and is reported to be the most expensive programme that Netflix have ever commissioned with the first ten episode season costly at least £100m.

Chances are though that it was worth it as they quickly commissioned season 2, 3 and 4! Claire Foy plays the Queen in seasons one and two with Olivia Coleman taking up the mantle for seasons three and four.

Is The Crown Worth Watching?

It is genuinely difficult to find fault with The Crown and while some have commented on the historical accuracy of the show, I for one spent a great deal of time googling various characters and people who were in it and it's pretty close to what is factually known.

That said, the inner workings and private conversations held between members of the Royal family are always going to be up for debate so some artistic licence is bound to have been taken.

Aside from all of that, The Crown is a thoroughly watchable show that is both engaging and intriguing in equal measure and is also a handy guide if you fancy brushing up on your history!

And if historical drama's are your thing then check out Siege Of Jadotville, an excellent movie about the true story of the Irish soldiers that defended the African town from attack in 1961. 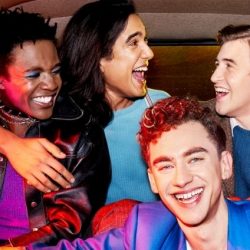