It is 1946 and NYPD detective Max McLaughlin has been sent to post war Berlin to help establish a police force in The Defeated. He is also looking for his missing brother and trying to track down the Angel Maker in this gripping thriller drama.

Max McLaughlin (Taylor Kitsch), an American cop from Brooklyn, New York has been sent to Berlin to help establish a relatively new police station. Staffed mostly by untrained civilians and German women, not only does McLaughlin have to hit the ground running solving crime, but he also has an ulterior motive for being there. His brother Moritz (Logan Marshall Green) was an enlisted soldier who has yet to return home and Max wants to find him.

The city is in chaos, crime is rampant, and the big case facing the inexperienced new police force is that of the Angel Maker. An unknown assailant, the Angel Maker helps women in need, particularly for abortions. However, there is a price to be paid and the women who don't pay it – largely by going into prostitution – are soon murdered.

Every lead that Max and Detective Elsie Garten (Nina Hoss) manage to get results in another dead end. The Angel Maker is always two steps ahead because, in the chaotic aftermath of war, information is a commodity and he has plenty of ways of getting it.

McLaughlin directly reports to Tom Franklin (Michael C Hall) at the American Consulate and soon finds himself more of a babysitter to his wife Claire Franklin (Tuppence Middleton) rather than doing his job as a police officer. So between being at Franklin's beck and call, trying to find his brother and tracking down the Angel Maker, Max McLaughlin has a lot going on.

To ramp up the drama even more, it soon becomes clear that somebody is killing ex nazis who have gone into hiding and over the course of the eight episodes of The Defeated we discover who that is, adding another layer of intrigue in the show. Though I should point out that it is pretty graphic. Grim and graphic.

There really is a lot to unpack in The Defeated. Despite the fact that Berlin has been split into four quarters – the French, British, Russians and Americans, there are no good guys. They all want a piece of the city and the future of Germany and will do whatever they want to get it.

It's about power and betrayal, politics, crime and love and honestly, is one of the better, more complex shows streaming on Netflix. The cast is brilliant, the interwoven storylines are excellent and even the fact that characters of the same nationality speak in that language to each other is pretty forward-thinking.

The Defeated Season 1 is a winner so let's see if they can continue the high production levels and story in season 2.

Will There Be A Season 2 Of The Defeated?

The good news for fans is that yes, there will be a second season of The Defeated. Originally it was decided that the story will be told over 16 episodes, split over two parts.

Filming for season 2 should have started in 2020 but faced delays. However, production was in full swing back in January 2021 so we should see the new season very soon.

Where was The Defeated Filmed?

The Defeated was filmed entirely in the Czech Republic. For maximum authenticity, the series avoided film studios, shooting entirely on location.

Who Are The Cast Of The Defeated?

Taylor Kitsch plays the lead Max McLaughlin, an American cop sent to Berlin, in the immediate aftermath of world war 2, to help create a police force. Fans of Kitsch will already know him from the hugely successful Friday Night Lights, True Detective and 21 Bridges.

Michael C Hall plays Tom Franklin an American Ambassador to Germany. While he's integral to one of the storylines, his role isn't as prominent as some others. None the less he adds a certain weight to the show and turns in a great performance.

Who knew that Logan Marshall Green could be so utterly compelling? Playing Moritz McLaughlin, he's clearly a complicated if a slightly unhinged character that really brings the thriller element to this drama series. If you can't get enough of him check out Prometheus, How It Ends and season 2 of Big Sky.

Nina Hoss plays Detective Garten who heads the small police force in Berlin. Her husband is still missing from the war and while she does a good job, she must rely on Max a lot to help solve the biggest crime they are all facing. A terrific actor she can also be seen in the drama series Criminal: Germany, also available to stream on Netflix.

Tuppence Middleton plays Claire, wife of the American Ambassador. An excellent role, she oozes disdain for Berlin and the post war world she must now live in. To escape the drudgery she more or less becomes a high functioning alcoholic who develops feelings for Max. 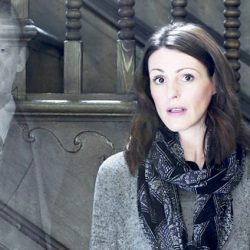 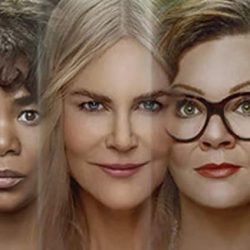