Two couples meet for dinner. One is running for Governor and is afraid that the truth about an appalling crime, committed by their darling sons years ago, will scupper his chances. While there is tension, overall it's not edge-of-the-seat stuff. In fact, it's barely watchable.

The Dinner is a two hour glimpse at two couples sharing a less than straightforward meal together in a very over the top fancy restaurant. Paul (played by no introduction required, Steve Coogan) and his wife Claire (played by Laura Linney) are mentally preparing themselves to meet up with Paul’s politician brother Stan.

He is played by (even-less-introduction required) Richard Gere and Rebecca Hall plays his long suffering wife Kate. Stan is running for Governor. His never ending focus on drumming up votes proves to be a complete source of tension during the meal. Along with the over attentive waiter’s attempt to serve up posh steak with sauce. Young winter roots, anyone?

The elephant in the room becomes clear when we realise the reason for their summit is the appalling crime committed by their darling sons years ago. The flashbacks add a sense of confusion to the movie. Regular snapshots depict Paul’s obsession with the American civil war. The violence of the boys’ crime definitely adds the shock factor to proceedings. But there’s also a pinch of boredom added to the dinner’s courses as many scenes involve someone walking away from the table.

It’s a toss-up who wins star of the show. Coogan plays the mentally unstable Paul to perfection but suffering his faux American accent for the film’s duration requires a huge helping of endurance. Perhaps the unsung hero is the waiter played by Michael Chernus with his hilarious intricate detailed description of every course. The family are too busy bickering to listen to his absurd accounts of fondants, puree and Thumberlina carrots. Just get me a Maccy D's for the love of God!

The Dinner proves to be a mix of violence, devastation and family dramas amongst a series of lengthy monologues. It also provides a satirical look at the upper classes and how far they would go to protect their children. I came away wishing I’d fast forwarded some bits. I'm also not one hundred percent sure of the point of the main bits. There are definitely better movies out there so if it's a thriller you're after, watch ‘Prisoners' (review here) with Hugh Jackman and Jake Gyllenhall – it's sooooooo much better! 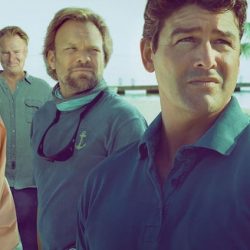 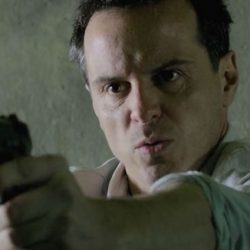