Three young people are irrevocably linked during a ferocious battle at the end of World War II. If Allied forces can seize control of the strategically vital waterways around Antwerp, it will deal a crucial blow to the Nazi occupation of Holland and help bring the war to an end.

With a budget of €14 million, ‘The Forgotten Battle' is the Netherlands' second most expensive movie production. The film deals with the Battle of the Scheldt, a lesser-known clash between the Allies and Germans towards the end of World War Two.

We've already seen big-budget movies about D-Day, Pearl Harbor, and Dunkirk. But, until now, the Battle of the Scheldt has been neglected by filmmakers. Probably due to the fact that outside of Holland and Canada, not many people know about this brutal engagement.

Despite the Allies suffering more than 12,000 casualties (including 6000 Canadians) throughout the month-long fighting in the Scheldt estuary, other engagements such as Operation Market Garden have received more historical analysis. Thus, ‘The Forgotten Battle' appears to be a fitting title for the film.

The movie had a screening premiere in December 2020. It also enjoyed a small run in Dutch theatres around the same time. However, as Netflix part-financed this movie, they will be streaming it on their platform from 15th October 2021.

‘The Forgotten Battle' is Netflix's first Dutch film; it was produced in collaboration with local broadcasters and other investors. The story of the battle is told through three main characters: Teuntje, Marinus and William.

Marinus is a Dutchman serving in the German army, Teuntje is a reluctant resistance girl, and William is an Allied soldier fighting to overcome the entrenched Germans.

The film's writers opted for a mosaic storytelling style for ‘The Forgotten Battle'. By opting for this technique, the action occasionally loses pace and the story becomes difficult to follow in places. Although, it's not detrimental to the overall enjoyment of the movie.

Teuntje (Susan Radder) is a young resistance fighter whose brother has vital intelligence to assist the Allied forces in their fight against the Nazis. Getting this information to the resistance appears impossible, as our young heroine doesn't know who she can trust.

Tom Felton, better known for his portrait of Draco Malfoy in the Harry Potter movies, stars a British glider pilot. Interestingly, Felton is not the only Harry Potter star to appear in a foreign-made war film. In 2012, Rupert Grint (Ron Weasley) took a lead role in the Norwegian World War Two flick ‘Into The White ‘.

Gijs Blom plays Marinus van Staveren, a Dutch Nazi wounded on the Eastern Front and sent to Zeeland for an administrative position.

The use of the three characters creates a more nuanced film than the usual ‘us' against ‘them' scenario, which is common in most war movies today.

The drama was directed and partly written by Matthijs van Heijningen Jr. He was previously known for Directing the sci-fi movie ‘The Thing' in 2011. This film shows the horrors of this war from three different angles in an authentic way. The film's main protagonist's weave the various elements of the story together neatly, and their paths cross toward the end of the movie.

Overall, ‘The Forgotten Battle' (De Slag om de Schelde) is a good mix of storytelling and action with solid cast performances. This film is visually impressive, and it could easily pass for a Hollywood production. If you enjoy war movies, you'll appreciate this well-made Dutch war story.

THE BATTLE OF SCHELDT

Following the Allied victory in Normandy, Allied troops launched a series of rapid advances into the Low Countries. But, as they advanced, their supply lines became dangerously stretched.

The Allies needed a large port to supply their armies. Antwerp was the obvious choice. British troops seized the City and Port on September 4th 1944. However, a German force holding positions across the Scheldt estuary prevented Allied shipping from reaching the docks. Canadian soldiers were given the task of clearing the Nazis' from their stronghold.

The Allies and Nazi Germany fought the Battle of the Scheldt to control the strategic waterways between Antwerp and Rotterdam. The battle, which sealed Germany's fate during the Second World War, is regarded as one of the most crucial in the conflict. It was a vital phase in the liberation of Europe. However, it has received very little attention over the years. ‘The Forgotten Battle' aims to shine a light on this critical engagement. 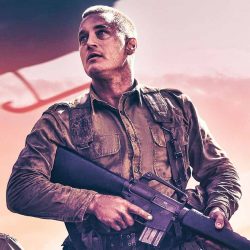 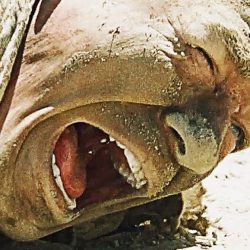