The Green Glove Gang are three older female burglars who hide out in a nursing home to evade the police in this funny Polish comedy-drama.

The Green Glove Gang or Gang Zielonej Rekawiczki, as it's known in its native Polish, is a comedy-drama that brings a great story to life.

What Is The Green Glove Gang About?

Zuza, Kinga and Alicja are three older ladies who also happen to be excellent thieves. In true ‘Robin Hood' style, they only rob the rich and corrupt and use the money to benefit those that have been wronged.

Before each heist, they gather their intel and always leave a note from The Green Glove Gang telling their victims that if they report the crime, they will release the info about the corruption.

That is until one particular failed robbery when a tattoo on Kinga's wrist is caught on camera.

With few options and the Police on their trail, the three women decide to check into a retirement home called Second Home to hide out.

There they discover that the nursing home manager has been stealing from the residents, is in cahoots with a greedy funeral home director to overcharge families and is basically making the lives of the nursing home residents a misery.

Things get a little more complicated for the green glove gang when a new series of robberies are attributed to them putting their whole criminal enterprise under the spotlight.

So can The Green Glove Gang outwit the Police Commissioner, get some justice for their fellow residents and avoid getting caught? Maybe!

Is The Green Glove Gang Worth Watching?

The trailer for this show highlights a lot of the comedic elements, which is a fair representation of what is happening.

However, peel back the humour and actually, what you have is a very clever commentary on how older women and men are treated in society. They are invisible.

Nobody really cares about the residents. Not the manager, not their families who don't visit, not the police who don't follow up on the reported crimes.

So when the three older female burglars enter their lives, the residents know that there is some light at the end of the tunnel.

The three members of the gang decides to help reclaim stolen possessions from a dogy pawn shop, improve life in the nursing home and really bring some joy to the lives of their new friends.

It's actually very sweet and a great story about maintaining that youthful energy for as long as possible.

The bonus is seeing each corrupt character get their comeuppance one by one, even if some of the plots are a little far-fetched.

On the downside, despite having only eight episodes that run for half an hour each, The Green Glove Gang does suffer from pacing problems.

A lot of time is spent on highlighting how sad and lonely the residents are, which is obviously to fuel the escapades of the green glove gang, but it does slow the whole show down.

Overall though, it's quirky and unique, has some brilliant characters and is well worth a watch for a comedy-drama with a difference.

Magdalena Kuta as Zuzanna Zemplinska, the tech brains of the operation who also has an incredible sixth sense.

Malgorzata Potocka as Kinga Jarecka, the ex-wife of an art thief who refuses to grow old.

Anna Romantowska as Alicja who keeps the gang in line and on track.

Karolina Rzepa as Officer Gujska, who must track the green glove gang and the getaway car belonging to them. 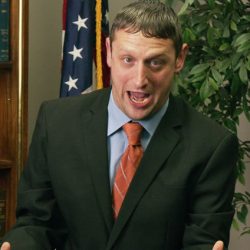