The Hardy Boys are in Bridgeport and unraveling one mystery at a time in this well-rounded wholesome drama that is suitable for all the family.

Reboots are nothing new, and it seems that everything hitting our screens recently is either a book adaptation or has been done before. So how does The Hardy Boys stack up as a modern interpretation of the famous books?

The mystery drama tv series, similar to Nancy Drew, is based on the book by Edward Stratemeyer. Set in the 1980s, the first season was released in December 2020 and quickly found a solid fan base.

But what is The Hardy Boys all about, and is it worth watching?

What Is The Hardy Boys About?

The general idea of The Hardy Boys has stayed the same in that they are two brothers and amateur detectives. In the tv series, we meet brothers Frank and Joe Hardy (Alexander Elliot) living their normal lives until their Mother is involved in a fatal car crash.

With their detective father (James Tupper) under pressure, he decides to move the family to Bridgeport, where the boys will live with their Aunt Trudy (Bea Santos). But Bridgeport is absolutely packed with secrets, many a lot closer to home than the boys even realise.

When Frank tells Joe that their journalist mother (Janet Porter) was probably murdered because of what she was researching, the duo, along with help from their new friends, must uncover what exactly happened to her.

Throw in a very wealthy and powerful grandmother, a cabal that seems to control the entire town, the sinking of a ship, and a missing Egyptian idol and you have all the elements for a decent mystery tv series.

Is The Hardy Boys Worth Watching?

I wasn't sure if I would like The Hardy Boys tv series, but actually it turned out to be a solid mystery drama and far more mature than I thought it would be.

Set in the 1980s, the lack of modern tech means that the brothers must actually investigate rather than simply Google everything, which makes a nice change.

The cast is excellent, though the younger brother is only supposed to be around 12 or 13 in the show, which is younger than in the books.

With a season-long mystery, the unraveling of it is well paced though I have to confess that if you binge it (like I did), it can feel very strung out. I imagine that watching it weekly as it aired on Hulu would have been more satisfying.

By the time we get to the second season, the first mystery has been solved, the family remains in Bridgeport, and a new investigation begins.

It may not be exactly like the books, which to be fair were first written in 1927, but overall The Hardy Boys is a decent way to pass the time if you want more of a mystery and fun for the whole family.

On the back of a very successful season, Hulu renewed the show for a second season, which aired in 2022.

With strong viewing figures and plenty of fans, the network renewed The Hardy Boys for a third and final season.

Filming ended in November 2022 and is likely to be released in April 2023, in line with season 2.

The first season had 13 episodes, and the second had 10 episodes. But it looks like the third season will only have eight episodes as another secret investigation unfolds.

Where To Watch The Hardy Boys

In the US, you can watch the first two seasons on Hulu.

Outside of the US, The Hardy Boys is available to watch on Disney+

If you're not already a Disney+ subscriber, now is the time to sign up – just click here.

There are a lot of characters over the course of three seasons of any show, but The Hardy Boys keeps its core cast front and center of each of them.

So here they are:

Cristian Perri as Phil Cohen, one of the friends 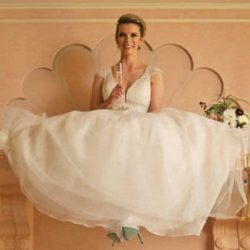