Alec's life is going downhill fast until his uncle steps in with a proposition that will change him forever. The Healer is a feel-good uplifting movie with a little sprinkle of magic that makes it great for all the family.

If it's a feel-good uplifting movie that you're after, then The Healer is a great choice. It starts in London with Alec Bailey, a young guy who's life has gone off the rails a bit. A mechanical engineer, Alec fixes appliances for his small business called ‘The Healer'. However, Alec is also in trouble financially, gambles too much and is in debt to some very dodgy guys.

That's when an uncle he didn't even know he had, steps in with a proposition. If Alec (Oliver Jackson-Cohen) leaves London and goes to Nova Scotia for one year, his uncle Raymond (Jonathan Pryce) will clear all of his debts. Alec has a day to decide and realising he has nothing to lose, jets off to Canada. Once there he meets the local vet Cecilia (Camilla Luddington). She helps him place a business ad in the local paper so he can get working. However, the ad simply calls him ‘The Healer‘, omitting the fact that he fixes things, not people.

Very quickly the local townspeople are arriving at his house hoping he can cure them of their illnesses. Frustrated, Alec has no idea what is happening, especially when the same people believe that he has cured them. From that point, the story evolves from a light-hearted drama into something a bit more magical or fantasy-like. Alec's uncle returns and reveals a family secret that will change his life. But will Alec accept the revelations or run away from them?

The Healer is a lovely, positive film. Unlike the more gushy Hallmark movies, this is definitely less cheesy. That's largely down to Oliver Jackson-Cohen who plays the role of Alec with more realism and a script that reflects how most of us would react to a huge family secret.

The cast is really solid, the character stories blend seamlessly and it moves along at a really good pace. It's a quirky story with a little bit of magic that just oozes the feel-good factor. It's a bit like Wish Man – both are about more hardened guys who eventually need to decide whether they want to help people or not. So if that's your kind of movie, then you'll really enjoy The Healer. 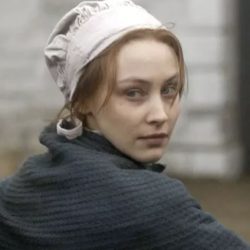