A blend of fantasy and drama, The Innocents follows June and Harry, a teenage couple who run away to be together. But June possesses an extraordinary gift that unleashes powerful forces intent on dividing them forever. For fans of Scanoir style dramas.

The Innocents is brand new to Netflix and follows Harry and June, two teenagers who decide to runaway together. Both appear to have pretty difficult lives. Harry, played by Percelle Ascott, is a carer for his father who has suffered a debilitating stroke. June's mother left, her brother suffers from agoraphobia and her father has imposed so many rules that she virtually has no life. They fall in love at school and communicate through a series of notes so nobody is even aware that they are friends. On the eve of June's 16th birthday the two head off in the middle of the night to start a new life but very quickly their world is turned upside down.

June's over protective father has told her that she suffers from epilepsy and has been giving her sedatives to keep the seizures at bay. What June, played by Sorcha Groundsell, does not know is that she actually has shape shifting powers, inherited from her mother. These powers are on the verge of being exposed (when she turns 16) but before her father can tell her, she runs away with Harry. That is the least complicated way I can provide a synopsis for The Innocents. The actual programme is far more intricate and complicated. A few episodes in you will be none the wiser as to what exactly is going on. Filmed in a very scanoir style, the show is initially set with a rather grim and dreary backdrop of barren and windswept England and like it's Scandinavian counterparts, there isn't a hint of sunlight cracking through the grey skies.

While we learn very little about the background of our two leads, we are also introduced to another set of characters that look like they are based in a commune in Norway. Among them is Elena, June's mother. She is there to get ‘help' for her problem with Halvorson, played by Guy Pierce, promising to treat her. Again, you must wait to uncover the story of the commune and the rare genetic shapeshifting gene that is passed down through a (rare Scandinavian) female line. In the mean time, June has already had her first shape-shifting experience and terrified by the incident she attempts to track down her mother with Harry by her side.

The Innocents is a difficult show to quantify. It is part fantasy, part drama, part thriller. Nothing initially makes sense and you have to pay full attention in order to put the pieces together as the stories and plots unfold. And there are a lot of them packed into just eight episodes. That's the upside – you don't actually have to invest too much time to get to the end of the story. If you plan to watch The Innocents just know that it is very frustrating for at least the first three episodes. After that it becomes less complicated and easier to watch. At that point you will already be intrigued enough to keep watching anyway. If you like shows like Grimm or The Bridge then this will suit you. 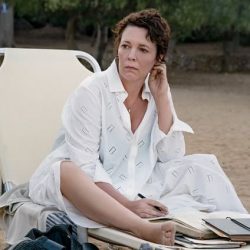