A spectacularly presented psychological thriller, that constantly keeps the viewer unsettled, slowly building to a deeply disturbing ending that leaves you full of questions. This is a classic tale that is packed full of symbolic imagery, presented on screen with the skill and precision that can only be compared to the likes of the Shinning or a Clockwork Orange.

The Killing Of A Sacred Deer originates from Greek mythology. It is based on the story where an innocent person is sacrificed for killing a deer owned by the goddess Artemis. This modern twist introduces us to a family that seems to have a perfect life. Both parents are successful, the father is a heart surgeon and the mother an ophthalmologist. They have two healthy children and live in a beautiful house. But after the loss of a patient on the operating table, the father covers his guilt by befriending the son of the dead patient. Things change dramatically when the teenage boy decides that he wants something horrific in return from the father.

Yorgos Lanthimos wrote and directed the film, creating a truly edgy feel with every element. The intensity of the script keeps the audience focused, but it is the visuals and accompanying music that unsettles the senses. This is very much an arthouse movie, but an exceptional one. Lanthimos and Bakatakis create a visual masterpiece that is reminiscent of Kubrick films like a Clockwork Orange, the Shining and 2001. Even the promotional artwork looks very similar to the artwork from these films. But this is no bad thing, in fact, a great thing, because artistically this film is close to perfection.

The story has an intense focus on the four family members and the teenage boy, meaning there is a very limited cast other than these characters. But each of the cast members gives career-best performances. Colin Farrell does a fantastic job playing the father. Nicole Kidman gives a great edgy performance as the Mother. But it is Barry Keoghan who steals the show completely. His portrayal of this character is amazing, awkward and naive but convincingly terrifying.

It's fair to say that The Killing of a Sacred Deer is not a feel-good movie. It is about as intense and unsettling as you can possibly get. It is hard to place this film in one kind of genre and that is what makes it work so well. At times it becomes bizarre with odd humour bubbling to the surface but then twists rapidly to classic horror themes. If you have never seen a Yorgos Lanthimos film before this is a perfect introduction to his work. Simply a great choice for what to watch next on Amazon, just make sure you are in the right mood for a very different experience. 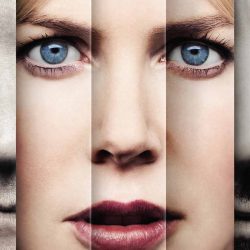