When a huge portal opens up over the dull town of Wakefield, and spews out all manner of vile monsters, 13-year-old gamer Jack Sullivan is one of The Last Kids On Earth ready to save it. Similar to The Hollow.

We’ve all joked about planning for the zombie apocalypse, but neglect to think that perhaps if the world came to a creature-infested end then zombies might be the least of our concern. Video games make for a good practice stomping ground, so when a huge portal opens up over the dull town of Wakefield, USA, and spews all manner of vile monsters (plus a fast-acting zombie virus) everywhere, 13-year-old gamer Jack Sullivan is about as prepared as you could get.

The Last Kids on Earth is an American / Canadian joint animation show based on the books of the same name by Max Brallier. At the time of writing there are three seasons – referred to as ‘books’ – albeit that Book 1 is essentially a one-long episode pilot.

Jack (Nick Wolfhard), uses his video game expertise to survive the plethora of threats around him. Abandoned by his latest foster parents when the sky starts raining nastiness and left alone in a town that gets wiped out by zombies and worse, he eventually teams up with best friend Quint (a nerdy inventor who creates many apocalypse survival gizmos) and the strong and standoffish Dirk (school bully turned ally).

The series unfolds its plot slowly. At first survival is key. Then Jack makes it his mission to save his crush, June (last seen fleeing into the school), although thankfully this ‘damsel in distress’ trope is quickly snuffed out. As Book 2 progresses the gang meets the demonic Thrull who tasks them with tracking down each of the escaped creatures and logging them in a magical ‘bestiary’ in order to defeat the super demon who is still trying to emerge: Rezzoch.

The Last Kids on Earth bears many similarities to another Netflix animated series, The Hollow. Both play around with video game aesthetics and have a stranded young cast. Whereas The Hollow had a central mystery / escape thread running through it, The Last Kids on Earth is more directionless; seeing as the worst has already happened, the apocalypse is treated like a playground instead of something to break free from. Zombies are barely a threat compared to the other creatures, and Jack treats each encounter like an ‘achievement unlocked’, with little animated huzzahs popping up as he completes self-initiated challenges.

The Last Kids on Earth is clearly focused on children and pre-teens without being particularly childish. Jack’s glee at being able to let loose in a world with no more rules is a believable and relatable trait for younger viewers. The other characters are painted more thinly with only June having any kind of emotional trauma to work through. But by keeping the cast relatively small and throwing in plenty of colourful side creatures (apparently you can tell between the ‘good’ ones and the ‘bad’ ones by their smell: don’t ask), The Last Kids of Earth just has gleeful childish fun with its concept, as our gang invent games and generally entertain themselves as best they can.

Visually the show sits on a shelf marked ‘just fine’. It always feels like some extra oomph is needed. Our central location rarely changes much and once you get over the initial fun of seeing big nasty creatures, everything gets rather samey. Such a concept is primed for tons of imagination to be thrown at the screen but The Last Kids on Earth lacks much of a unique visual flair. The sets are decorated with plenty of nice touches and the camera alternates between big action speed cuts and slow tracking tension shots, but nothing really pops out at you.

Once the threat of Rezzoch comes into play The Last Kids on Earth has more to offer because Rezzoch gives the show something it dearly needs: a villain. The ‘playground’ nature of the episodes combined with low emotional stakes for the characters stop the show from also appealing to teenagers and adults, even if it’s still a perfectly fine use of your time whilst you wait out the craziness outside your door. That said, a special ‘choose your own adventure’ episode called Happy Apocalypse To You dropped on April 2021 which, it must be said, suits the aesthetics of the show perfectly. Will you, A) Stream, or B) Swerve? 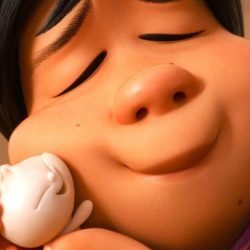 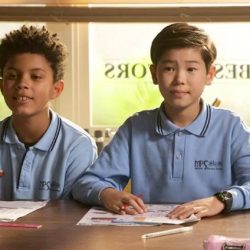