The Lincoln Lawyer is Mickey Haller, so called because he works out of his Lincoln town car. Based on the Michael Connelly novels, Haller's life is turned upside down when he inherits a high profile case that puts his life in danger.

Netflix is no stranger to adapting hugely popular books with Harlan Coben striking up an incredibly successful partnership with the streaming service. The Stranger, The Woods and Safe are just a few of their biggest hits.

Now it is the time of author Michael Connelly. Based on his the 2008 novel The Brass Verdict, the second in the series, comes The Lincoln Lawyer, created by David E. Kelley.

Billed as a legal drama, The Lincoln Lawyer series stars Manuel Garcia Rulfo as defense attorney Mickey Haller, based in Los Angeles who operates his law practice out of a chauffeur-driven Lincoln Town Car rather than an office.

Mickey Haller is an idealist who takes on cases big and small across the expansive city of LA.

This particular tv series is based on the second book in Michael Connelly's series. Having been badly injured and addicted to painkillers in the first one, we meet Mickey Haller when he returns to practice law after an old acquaintance, Hollywood lawyer Jerry Vincent, is murdered.

Haller ends up with Vincent's caseload, which includes the high-profile trial of Trevor Elliott (Christopher Gorham, Insatiable). He is a Hollywood mogul accused of murdering his wife Mitzi and her lover.

Assisted by his investigator, Cisco (Angus Sampson), and his office assistant, Lorna (Becki Newton), Haller works out a strategy to defend his client.

Things are complicated even further when Haller's ex-wife, Maggie McPherson (Neve Campbell) is also the prosecuting attorney on the case.

Can The Lincoln Lawyer redeem his reputation, save his client and avoid getting killed as the case spirals putting his life in danger?

Is The Lincoln Lawyer TV Series Worth Watching?

Based on Michael Connelly's bestselling novels, the groundwork is already done for The Lincoln Lawyer.

Throw in developer Ted Humphrey and a creator and executive producer like David E. Kelley who has an amazing track record with legal drama's – Ally McBeal, Boston Public, Boston Legal and Harry's Law – and you have all the makings for a truly gripping show.

It doesn't follow the book exactly, with some major character changes (Harry Bosch isn't in it) but it is very good with plenty of complex and mysterious arcs that run through the whole show.

With action, drama, a love interest, funny quips and a decent storyline, The Lincoln Lawyer is worth watching if you already like that genre of tv.

The Lincoln Lawyer has been in the pipe works for quite some time. In June 2019, the project was given a series production commitment by CBS. But then in May 2020, it was reported that the series would not be going forward due to the pandemic.

In January 2021, Netflix picked up the series with a 10-episode order, down from the original 13-episode plan.

The show went into production in March 2021 and concluded in August 2021.

Seven months later and The Lincoln Lawyer tv series (not to be confused with the Matthew McConaughey movie) made its way to Netflix.

The streaming giant confirmed that The Lincoln Lawyer season one would be premiered on Friday, May 13th 2022.

Cast of The Lincoln Lawyer

Manuel Garcia-Rulfo as Mickey Haller, the lead and main lawyer 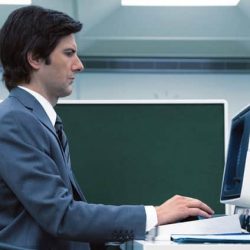 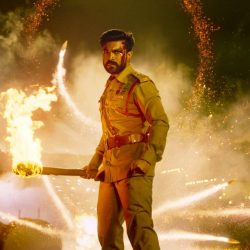