Leilani and Jibran have been together for four years but on the night they break up, they accidentally hit a cyclist and so beings a night of madness and mayhem that they will never forget in The Lovebirds. A so-so comedy with a few laughs.

Starring Issa Rae and Kumail Nanjiani, The Lovebirds is a comedy about a couple who end up having the most eventful night of their lives. Leilani and Jibran have been together for four years. However, on one fateful night, while heading out to friends for dinner, they discover that the love may be gone. Deciding there and then to split up, the shock causes Jibran to run a red light where he ends up hitting a cyclist.

Shaken but alive, the cyclist hops back on his bike and heads off. Suddenly a police officer is banging on their window and jumps in to follow ‘the suspect'. Once caught, the officer then decides to drive over the said suspect, ensuring that he is well and truly dead. Freaked out by the situation and terrified they will be considered suspects in a murder, the couple run off and try to figure out what to do.

And so begins a night of mayhem and madness. Leilani and Jibran must now figure out who the cyclist was, who the police officer/murder is, and how to evade the police so they not incriminated.

Overall The Lovebirds is quite funny and the chemistry between the two leads is pretty decent. Their comedic timing is well known and they both bring their A-game for the movie. My only problem is that the trailer gave away most of the funniest bits. Inevitably, that spoiled it a little. So what should have been a funny romcom end up being just meh.

That said The Lovebirds is light-hearted, easy to watch, and funny in parts. But it is also daft, far fetched, and tries a little too hard. To be fair, it is saved by Issa Rae (Insecure) and Kumail Nanjiani (Duck Butter) who are great together, even if the plot, and especially the ending, is very predictable. So it's worth a watch if you're looking for a few laughs but don't expect anything ground breaking. 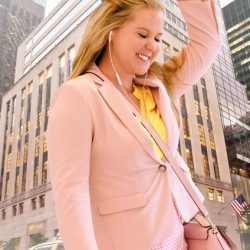 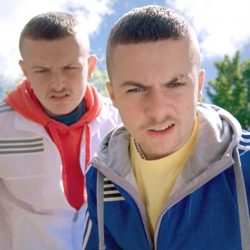