Bursting with so much vibrant enthusiasm, it is impossible not to get swept up in the sheer joy of The Mitchells vs The Machines, a near perfect animated family movie.

Every now and again a movie comes along that is bursting with so much vibrant enthusiasm that it is impossible not to get swept up in the sheer joy of it. From feature debut director Mike Rianda (known for his work on Gravity Falls) comes The Mitchells vs The Machines. You will easily recognise the story (parent child bonding / family sacrifice / generational clashes) but it comes gift wrapped with such colourful packaging that even just unboxing it is enough to upgrade your interest.

Following the phenomenal critical and commercial success of Spiderman: Into the Spider-Verse, Sony Pictures Animation’s choice to team up with producers Phil Lord and Christopher Miller (Cloudy with a Chance of Meatballs, The Lego Movie) is a wise one, as The Mitchells vs The Machines is packed with both visual splendour and snappy jokes. Although pithiness and good looks are parts of the puzzle, it is the emotive script written by Mike Rianda and Jeff Rowe that binds everything together.

The Mitchell family are a bunch of misfits, with technophobe father Rick (Danny McBride) frequently clashing with Katie (Abbi Jacobson), his highly creative teenage daughter who aspires to be a filmmaker. Along with anxious matriarch, Linda (Maya Rudolph), dinosaur obsessed Aaron (Rianda), and cross-eyed family pug Monchi, the family go on a road trip to take Katie to film school in California, cancelling her flight, much to her chagrin. Unfortunately, along the way, the robot apocalypse kicks off courtesy of PAL (Olivia Colman), a personal assistant A.I. gone rogue after a new line of robots threatens to make it obsolete.

The road trip trope is common enough. The majority of the conflict comes from Rick trying to reconnect with Katie despite not having confidence that her modern quirky skills will get her by in life; other members of the family go through smaller personal growth journeys to fill out the rest. Yet by making Katie the central character and therefore telling the story through her aspiring filmmaker eyes, the movie has license to shower the screen with a dazzling array of colourful flourish both in the big picture and ‘blink and you’ll miss it’ minutia.

A cynic might argue that the movie is clearly designed to appeal to the YouTube / Tik Tok DIY aesthetic generation as a marketing ploy. Such dismissal would be to miss entirely the uncontainable enthusiasm for creativity The Mitchells vs The Machines both exudes and celebrates. Whether it is decorating the screen with hand-drawn style adornments to denote Katie’s emotions or ideas, creating massively fun set pieces where an army of electrical appliances (both modern and retro) attack, or inspiration from Tron style retro-futurism when we get to Silicon Valley, The Mitchells vs The Machines is a sumptuous treat for the eyes.

To deliver a story that is both laugh out loud hilarious and lump in the throat emotional without over stuffing either ingredient requires the kind of clockwork craft that comes across as easy when done perfectly. Katie and Rick’s clashes are all the more real for being relatively low key. There is little in the way of aggression or falsely stylised screaming matches here; the movie’s emotional power stems from the much more relatable pain of a family finding it hard to reconnect as differing drives pull them apart.

There are certainly hints of Edgar Wright’s influence (including one joke lifted almost directly from Shaun of the Dead) and the ‘comic book come to life’ style of Into The Spider-Verse is a clear factor. Yet even with identifiable ingredients, The Mitchells vs The Machines reaches out of the screen to give you the warmest of embraces. It excels at seeding various setups throughout so it can reap the payoffs later for bigger LOLs or sobs, and once a glorious family sing-along of ‘Live Your Life’ by T.I kicks in (which famously samples internet sensation song Dragostea Din Tei, or ‘the Numa Numa song’) the love beaming into your living room will be enough to sustain you through just about anything. 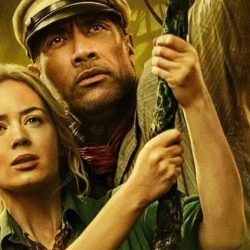