For a country that has a reputation for some very, um, specialist tastes in adult content, Japan also has historically had relatively strict laws governing the creation and distribution of real-life pornography. And yet the industry was shaken by a revolution started by Toru Muranishi, a.k.a. ‘The Naked Director’. The Naked Director is a semi-autobiographical take on Muranishi’s life and does the usual trick of taking real people and some known situations and then playing around with the chronology and characterisation.

When we first meet Muranishi he is a down and out English encyclopedia salesman with an unsatisfying sex life. This is designed to make you sympathise with him, of course. His burgeoning knack for sales patter, especially when he loses his job and turns to more adult means of making money, is the classic ‘rising from the gutter’ arc.

It is telling that despite Muranishi’s (Takayuki Yamada) introduction being crafted to elicit sympathy – and the show positioning him as battling against the industry giants for survival – he is perhaps the least interesting character. He is used as a catalyst for all the action but for the majority of the time, he is straight-faced, only coming to life when directing. With a wife that disappears in episode one and two young children that are barely seen or mentioned, we get no sense of the man himself beyond a drive to create adult material. “I want to sell sexual desire,” he says early on, and that summarises him entirely.

Aside from great character arcs involving a descent into seedy criminality for Toshi and the freeing up of sexual expression for Magumi, the show uses its subject matter as an exploration of the growth of the Japanese pornography industry. Combine this with a culture in which the criminal Yakuza have their grip on virtually any salacious business then there is plenty of dramatic material to flirt with. Some of the best scenes come from when Furuya, an aging gangster, takes Toshi under his wing only to slowly reveal that he isn’t quite so spent as he initially appeared.

The Naked Director stuffs itself full of enough interesting characters and classic ‘little guy with big ideas takes on the industry’ structure that it is a fun watch. Thankfully, the seedier reality does get a look in later which prevents it from being too glossy and wilfully blind in retelling the myth of a man who was instrumental in guiding the business of desire. If season two could dig more into the mind of Muranishi himself then it could swell into something strong. Let us hope that The Naked Director doesn’t succumb to a premature cancellation. 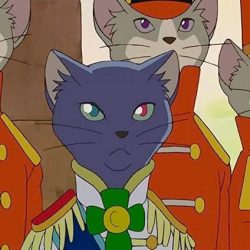 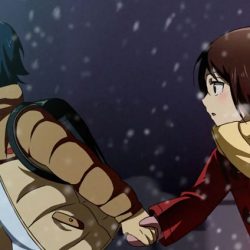 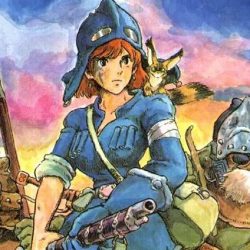