Starring Tom Hiddleston, Hugh Laurie and Olivia Colman, The Night Manager is the epic spy tale of a hotel manager who is hired by an intelligence officer as a covert operative, tasked with infiltrating the inner circle of a secret arms dealer.

Back in 2016 when the world made some kind of sense, audiences were going doolally for espionage sexy spy-‘em-up, The Night Manager. For those who missed it or who want to go back to a time when flash private islands and far-flung locations was still a bright-eyed exercise in escapism, Amazon Prime now has it available to stream. Boats! Mediterranean lounge pads! Hugh Laurie as a baddie vs. Tom Hiddleston brooding his way through life and death situations! As someone who hadn’t seen it at the time, believe me when I say I was surprised at just how little night managing goes on.

In retrospect, the hint about the tone and themes should have been the source material. The Night Manager is based on the 1993 novel of the same name by John Le Carré (of Tinker, Tailor, Soldier, Spy fame) and adapted for the screen by David Farr (regular Spooks screenwriter). If those credits weren’t enough for a tense and cautious tale of double-dealing, the series is also directed by Susanne Bier who followed it up with the equally tense Netflix smash, Bird Box. Notwithstanding Hiddleston and Laurie, the stellar cast also includes Olivia Coleman and Tom Hollander so based on pure ingredients the recipe is immediately a delicious blend.

Jonathan Pine (Hiddleston) is the Night Manager for a high-class hotel in Cairo, Egypt. During a backdrop of the Egyptian Revolution of 2011, he becomes entangled in both a plot for an illegal arms trade involving mega-rich self-proclaimed philanthropist Richard Roper (Laurie), and with the beautiful but battered Sophie. Unable to save her and coincidentally crossing paths with Roper years later at his new position in a Swiss hotel he reaches out to British Intelligence agent Angela Burr (Coleman) who recruits him to infiltrate Roper’s organisation and bring him down.

There have been several failed attempts to bring The Night Manager to the big screen but as the plot sprawls out over international locations you can sense that the material is much better suited to a serial format. There is time to build up Roper as “the worst man in the world” before Laurie finally arrives surrounded by a flush entourage in the closing moments of episode 1. Bier spends the clearly lavish budget on more lavishness so that it is perfectly believable that a man accustomed to the power and influence of money will consider rules and regulations preventing him from acquiring more as mere irritating hurdles to get over rather than moral quandaries.

Despite all this, it is hard not to yell at the screen, “well, don’t do THAT!” at frequent intervals. Hiddleston exudes the kind of detached self-confidence that shows why he is frequently linked with James Bond bookmaker bets, but the downside to this is that his decisions to become romantically involved with women in situations of high danger smacks of needing to engage the plot in gear rather letting the character map the way. The beautiful and statuesque Jed (Elizabeth Debicki) has her own reasons for being Roper’s lover, but a lack of chemistry between her and Pine makes it hard to swallow the risk they both expose themselves to (in more ways than one). Nonetheless, Hiddleston’s smooth exterior works insofar as when ex-soldier Pine’s respectability slips away his switch into short efficient violence is a shocking contrast, and wisely used in small measure.

A huge part of the tension is borne of the usual spy trappings: Roper is incredibly cautious and one false move from Pine will mean certain death. Outside of this Olivia Coleman brings the human engagement touch as someone obsessed with bringing down Roper. Her strong-willed table thumping determination is blended with keeping her perfectly nice husband in the dark and doing her job whilst heavily pregnant. She makes the job of intelligence gathering seem jobsworth mundane but such a veneer of normality keeps you glued. When such day-to-day work slips into clandestine duplicity this prevents the show from devolving into the machinations of the super-rich.

She battles through having no money to work with, few colleagues to trust, and a power system in British Intelligence that may have more capital invested in the status quo than justice. On the flip side, Roper’s right hand man ‘Corky’ provides enough snark to fill an infinity swimming pool. Tom Hollander’s performance is hardly different from any other of his you care to name, but as Corky his rising suspicion and jealousy at Pine’s favoured status means that Pine can never be confident of his safety.

The Night Manager delivers tension, sumptuous sets, and a high-class cast that collectively sell the goods to you under cover of night. It’s just the right length to be a great couple of evenings and if you haven’t already seen it then I recommend it highly. Just don’t go in for a story about the dangers of the night shift service industry. 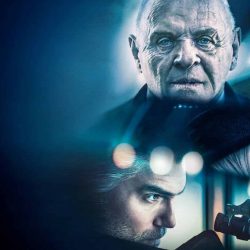 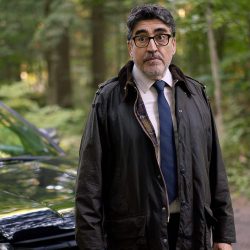