If the world of dark arts, intrigue and mystical beasts is your thing then The Order will be right up your street. Fuelled by revenge, Jack Morton goes on a mission to kill Edward Coventry but as he gets deeper, he uncovers an underground battle between werewolves and the magic.

Brand new to Netflix comes The Order. A fantasy drama filled with magic, secret societies and werewolves, you will either love it or hate it. I quite enjoyed it but then again one of my all-time favourite shows is Grimm. So it really isn't that much of a surprise. So what is The Order about?

Jack Morton is an 18-year-old who wants to go to Belgrave University. There, he believes, is a secret society known as The Order of the Blue Rose. If he can get in, it puts him one step closer to Edward Coventry. Coventry is the man he holds responsible for the death of his mother. He is also his father.

But Belgrave University has a problem. Somebody or something is killing the new recruits of The Order. In a bid to prove his worth, Jack tracks down those responsible and secures his spot in the society. But nothing is that straightforward and Jack soon learns about the power of The Order and its magical capabilities. Torn between the two worlds of dark magic and werewolves, Jack must wrestle with his conscience and stop Coventry's plan to dominate the world of magic. But at what price?

The Order is marginally more realistic than some of its counterparts. More believable than The Shadow Hunters but without the edge of The Umbrella Academy so it lies somewhere in between. Jack, played by Jake Manley, is incredibly likeable as a character. He's an all-around good guy and easy to root for. But his constant need to win over Alyssa Drake, his love interest, did get a tad annoying at times. As did his unique ability to go with the flow no matter what happens. And some pretty major things happen to him!

While The Order is very binge-able it does paint the world as very black and white. You are either good or you're bad. At least that is how a lot of the characters are portrayed. The ending was a surprise and while it did wrap up the story – no major cliffhanger ending – it did leave the door open for a potential season 2.

If the world of dark arts, intrigue and mystical beasts is your thing then The Order will be right up your street. 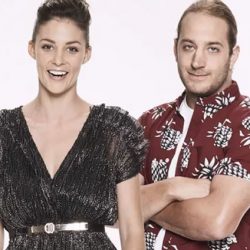