American siblings Alice and Paul get invited to their wealthy half-sister's wedding in England but soon become The People We Hate At The Wedding in this not-funny comedy!

Ever been to a wedding when somebody makes an absolute show of themselves? You know the type; they get too drunk, or fall over, or get in an argument. They are The People We Hate At The Wedding and in this movie, it is two siblings who all but ruin their half-sister's big day.

What Is The People We Hate At The Wedding About?

From the instant the movie starts, we are given a narrated back story of the family in question.

Donna (Alison Janney), an American woman, moved to England, fell in love with Henrique, a French man, got married and had baby Eloise. Henrique cheats, the couple divorce and Donna moves back to the US.

There she remarries and has two more children – siblings Alice (Kristen Bell) and Paul (Ben Platt). Despite being a very happy blended family, as the three siblings grow up, they grow further apart over time.

Alice lives in one city and is having an affair with her married boss. Paul lives in another city where he lives with his partner Dominic and Donna is widowed.

Then one day, each of them receives an invitation to Eloise's (their wealthy half sister) wedding in England. After a bit of back and forth, they all reluctantly agree to go, with Donna desperate for the three siblings to spend more time together.

By the time they all arrive in London, everybody is a little bit frazzled and without even trying, Alice and Paul both continue to mess up Eloise's wedding week with their issues.

So can they all get it together long enough to make it through the wedding? Or will Eloise finally have enough of her siblings and tell them to go home?

The People We Hate At The Wedding Official Trailer

Is The People We Hate At The Wedding Worth Watching?

From director Claire Scanlon for Amazon Studios and based on the 2016 novel of the same name by Grant Ginder, The People We Hate At The Wedding is supposed to be a comedy.

The problem is that it's not very funny. The story's bones are there, and it really could have been a good laugh, especially with the cast, but it relies on too much crudeness to garner the laughs.

The hook was to explore this slightly dysfunctional family by mostly making fun of how self-obsessed they are. So much so that they almost ruin their half-sister's wedding.

As does Alice, who is incapable of seeing that her married boyfriend is not misunderstood by his wife, who has just given birth. He is just an asshole.

Of course, it does all come together and get nicely wrapped up in a big red bow, completely glossing over everything that just happened. But even then, it's still ridiculous.

So is The People We Hate At The Wedding worth watching? The short is no. The script is terrible, jokes are forced, the scenes are cringeworthy, and the overall takeaway is that this is a terrible modern wedding comedy.

The People We Hate At The Wedding Cast 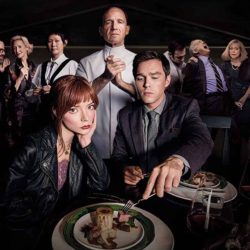 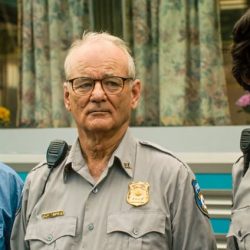