Trapped in a cell with only two minutes to eat each day, the food descends floor by floor in The Platform. A dark and disturbing Spanish thriller/horror that will stay with you long after the movie is over.

Now that the billionaires of our planet are climbing mountainous piles of accumulated wealth to see who can claim space for the good ship Capitalism, perhaps the time is ripe to revisit movies that have a less than forgiving message for the future of a societal structure that allowed this to happen. Just for balance, you understand. One such movie is The Platform, a beautiful yet brutal 2019 Spanish sci-fi horror movie (like Elysium) in which those at the top feast, and those below kill to survive.

In a monolithic concrete prison known as the Vertical Self-Management Centre, there are hundreds of single ‘cell’ levels all stacked atop each other. Each cell is populated by two inmates whose only source of food and drink is a platform slowly descending through a hole in the middle of the room and which only stops for 2 minutes per level.

The food each day is finite so that although those on the top levels get to eat their fill, each subsequent level are left with the discarded scraps of those above until, inevitably, everything is consumed. Attempts to remove food from the platform for later consumption results in automatic and lethal room temperature changes, so that short 2 minute period is all you get. Such early over consumption soon leaves nothing for those unfortunate enough to be in the lower levels.

The nature of the ‘prison’ is left unclear. Some, like seasoned occupant Trimagasi (Zorion Eguileor) have committed crimes, whereas others like Goreng (Iván Massagué) volunteered in exchange for a diploma after their term in the VSMC. Yet none are prepared for the reality of their situation because even once they get used to the deliberately unfair food distribution, and here’s the rub, every 30 days everyone is gassed unconscious and moved to a random different level. Those sitting pretty with plenty could find themselves below with nothing, and visa versa.

Similar movies like 1997’s Cube had lethal trap rooms simply to explore human nature but Director Galder Gaztelu-Urrutia doesn’t shy away from making blunt force socio-political points. The Platform opens with an exquisite kitchen busy preparing an opulent feast. A chef stalks the workstations to ensure that everything is of the finest quality. Silver plates and gorgeous crystal goblets loaded to the brim with, we are told, enough food for the entire building, is loaded onto the platform every day. As an allegory, the fact that fair rationing would result in enough for all but is callously ignored by those at the top, The Platform is as on the nose as you can get.

Even with a movie with dark survivalism such as cannibalism and fights to the death for sustenance, The Platform paces well. Goreng is our moralistic protagonist versus the cynical realist of Trimagasi. That they bond and form a friendship – whilst on a mid level floor which still provides a measure of food – is genuinely heart-warming. Which makes subsequent events once they wake up on a much lower floor all the more harrowing.

The Platform is undoubtedly a tough and unrelenting watch. Escape attempts from the characters buoy up hope, yet we fear the guesswork such plans rely on. Dark and miserable lighting combined with an almost unchanging room (each cell looks identical save for the floor number) make for a claustrophobic setting that further hammers home the point; all are forced to participate in a system inherently unfair and lethal to those who are just a few levels below the wilfully ignorant cornucopia above.

Massagué is a superb lead whose performance compels you to keep watching, and the piecemeal introduction of other characters, often yet to learn the horrible lessons that Goreng is forced to endure, prevent the movie from feeling repetitive. With the addition of fleshing out flashbacks and out of mind experiences to chew on also The Platform as a whole is an artwork not soon forgotten. In a system where it is possible to leave a crumbling Earth behind whilst burning through a mountain of individual wealth for fuel, perhaps it is time to realise that those atop the dragons’ horde can be harpoon by any brave Knight of the Round Taxation. 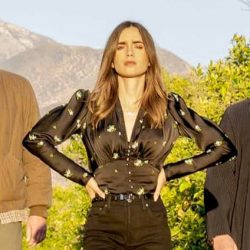