In what seems to be a crazy political world, dominated by fake news accusations, the timing of this film could not be better. Steven Spielberg pulls together a brilliant cast, led by Tom Hanks and Meryl Streep, to bring a compelling true story about the powers of the freedom of the press.

The Post tells the factual story of Katherine Graham, the owner and publisher of The Washington Post and Ben Bradlee her executive Editor. It is set in 1971 as huge questions are being asked about the Vietnam War. At this stage it has been raging on since 1955 with horrific loses on both sides. Katherine Graham was the first female publisher for a major paper in America. Her tenure was during some of the most dramatic periods for the press in modern History including Watergate. Famously The Washington Post and the New York Times won a case in the supreme court which allowed them to publish leaked documents called the Pentagon Papers.

This tense political drama resonates more now than ever. The current President regularly tries to undermine the press by dismissing it as Fake News. He has also banned certain media channels from press conferences. The comparisons between the current administration and Richard Nixon's Presidency are clear and obvious. The Nixon administration had threatened criminal charges if there were further releases of the sensitive information. But when the Supreme Court overruled, his response was to ban the Washington Post from the White House.

Directed by Steven Spielberg, he has openly admitted that he stopped everything else that he was working on to focus on this project. Spielberg is undoubtedly one of the most successful producers and directors ever in the history of film. He has won countless awards in a career that spans five decades. In the huge back catalog of films from Spielberg there has been a number of political dramas that have cropped up such as Schindlers List and it is clear that he is not afraid to make a statement if he feels one need to be made.

The cast of The Post is packed full of powerhouse names. The two lead roles are played by Tom Hanks and Meryl Streep. The tension supplied by both of these actors is brilliant. It is clear that these roles did not need overacting as the tension is all in the back story to start with. However there is no doubt that playing Katherine Graham and Ben Bradlee raised significant challenges. Both actors provided bold and respectful performances and it is hard to see anyone else other than Hanks and Streep in these roles. The supporting cast is solid with stand out performances from Matthew Rhys, Bob Odenkirk and Sarah Paulson (Run).

Overall the topic of this film is extremely sensitive. The release of the Pentagon Papers exposed decades of lies from the American Government to the American Public and to Congress. A year after the Pentagon Papers were released the Watergate scandal happened it forced Nixon to step down from the presidency. Spielberg respects this sensitivity and delivers a movie that focuses on telling the story as it is. There is nothing over the top about this film as it is just a powerful story about the objective truth. With the current debates around the freedom of press this is a must watch movie for everyone – strongly recommended. 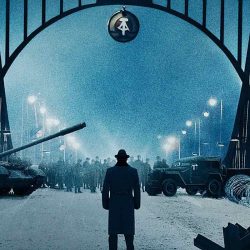