This critically acclaimed movie is not your standard western, it's based on a true story and set in spectacular scenery. Revenant is famed for having one of the most horrific fight scenes in cinema history. An amazing acting performance delivered by Leonardo DiCaprio sets this movie apart from other Westerns.

Get ready to feel cold; The Revenant is chilling in more ways than one. The story is set in the brutal conditions of the American wilderness; director Alejandro González Iñárritu and cinematographer Emmanuel Lubezki were both awarded Oscars for this film, which manages to pull the viewer right into this hostile environment.

Based on the true story of Hugh Glass a trapper who is attacked by a bear (similar to Backcountry) and left for dead in a freezing grave, legend has it that he crawled over two hundred miles to safety.

Now to say that the bear attack scene is one of the most horrific things you will see on the big screen is an understatement. This scene seems to be endless and by the time the attack had stopped I was left feeling exhausted, whilst being totally amazed at the effects that could recreate such a scene.

Hugh Glass is played by Leonardo DiCaprio, who was awarded an Oscar for best actor and he really does pull off an exceptional performance in this film.

Another performance that stands out is Tom Hardy (Venom) who plays a terrifying John Fitzgerald and he was nominated for the best supporting actor for this role.

The movie was nominated for 12 Acadamy Awards in total and came away with three, which is a direct reflection of just how brilliant this movie is.

There is no getting away from the darkness in this story, with the underlying motive set on revenge and the spirit of man when challenged to the extreme. You could look at this as two stories, the first being the horrors faced by humans trying to forge a living during this period in history in what seems like hell on earth and the other a more personal task facing Hugh Glass – his animal instinct for survival and the pursuit of the man who has changed his life so dramatically.

I do not think I have seen any character in any movie ever have to face and overcome such difficulties in such a hostile environment. His wife dies, his son is killed in front of him and he himself is left for dead.

At times this film is extremely violent and does not hold back in a direct portrayal of the savagery of man, it may be a long movie but will keep you gripping your seat throughout. Famously this film was an extreme challenge for the crew and actors – DiCaprio even quoted that he would never do it again and viewers could find parts of this film a challenge too. 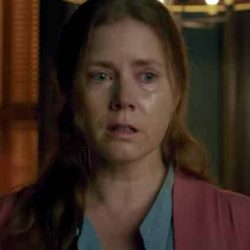 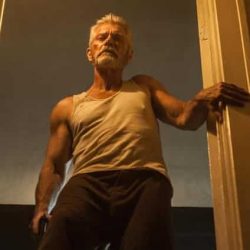