In 1974 a woman was found brutally murdered. She would become the first victim of The Ripper, a serial killer that terrorised the UK, killing 13 women over five years. A fascinating but difficult documentary series to watch.

In 1975, a young woman was found brutally murdered in Leeds, England. Her name was Wilma McCann, a single mother of four children. She famously became the first victim of The Yorkshire Ripper, so-called because his crimes were likened to those of Jack The Ripper, and the murders took place in Yorkshire.

The Ripper is a limited series from Netflix that documents the case in very fine detail. Similar to Night Stalker, from the first body found to the prosecution of the killer, every possible angle of the case is covered. Interviews with police officers on the case, journalists, forensic investigators and surviving victims as well as a phenomenal amount of archived footage, are blended together to give one comprehensive picture of how this man terrorised a nation for more than five years.

However, there is more to the story and while the facts are being laid bare, so too are the incompetencies of the Yorkshire Police. Once the first few victims were identified, the Police made assumptions that they were all prostitutes. There was actually no evidence to support that theory. That led them to claim that the killer was somebody who only murdered a specific type of woman. They were wrong.

They also believed that the killer was from Sunderland. Any evidence to the contrary was dismissed, including statements from women who had previously been attacked and survived. No prizes for guessing that again, they were wrong. But as their line of inquiry was focused down such a narrow path, it allowed The Ripper to roam free and keep killing. And that's exactly what he did. Over a period of five years, he brutally murdered 13 women.

Hindsight is a wonderful thing and there's no doubt that the police at the time thought they were doing the best job they could. However, looking back more objectively it was a mess. From the outrageous levels of sexism and misogyny to the horrible assumptions made about the victims, The Ripper does an excellent job of painting the entire picture. Like many of the crime documentaries that have gone before it, it is an incredibly engaging story about the UK's biggest serial killer and how he was caught. 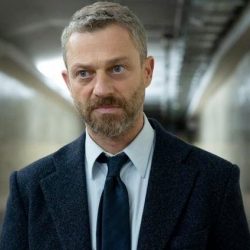