Miranda Wells is a struggling widow with three children. With the bills piling up and a storm on the way, can a mysterious stranger reignite the family's spirits in The Secret: Dare To Dream?

Based on the book, The Secret by Rhonda Byrne, The Secret: Dare To Dream is brought to life with Katie Holmes in the lead role.

The self-help book by Byrne is based on the belief in the law of attraction, which claims that thoughts can change a person's life directly.

It's a very popular concept and one that is explored on a higher level in The Secret on Netflix.

What Is The Secret About?

Despite a good job running a restaurant, money is tight and the bills are piling up.

Then one day a mysterious man, Bray Johnson (Josh Lucas) arrives. He has a delivery that will change her life, but before he can tell her, powerful Storm Hazel hits the town.

With a damaged home, no way to pay for the repairs, and her daughter's birthday party to think of, Miranda accepts Bray's offer to help fix the leaky roof.

All the while her mother-in-law is actively encouraging her to sell the house, and her boyfriend Tucker (Jerry O'Connell) is piling on the pressure to move their relationship along.

But what does Miranda actually want?

And that is the point of The Secret: Dare To Dream. It's about positive thinking. Your thoughts attract things with a force that you cannot see but is definitely real.

So if you put out negative thoughts or live under a cloud, that's how your life will feel.

Bray Johnson sees the world in terms of goodness and positivity. Miranda, due to her circumstances, sees the world a little differently. So can Bray lift the family's spirit and help Miranda to reignite her zest for life?

The Secret Dare To Dream Trailer

The film was released in the United States through video on demand and in the cinema in several countries in July 2020.

Outside of the US, you can watch The Secret on Netflix.

Is The Secret On Netflix Worth Watching?

The Secret: Dare to Dream is an inspiring and heartwarming film. It's brimming with compassion and hope and the idea that your positive thoughts can transform your life.

But if you're looking for some realism, you won't find it here. And maybe that's not such a bad thing.

It's beautiful looking with characters that are highly relatable, with Holmes and Lucas really popping on the screen. As dramas go, all the boxes are ticked.

If I had to be picky and highlight an issue with it, it's that life isn't as predictable as The Secret: Dare to Dream.

Despite the sprinkling of ‘laws of attraction' throughout the movie, simply being positive doesn't mean that all your problems will be solved.

But if you take the movie for what it is, you will definitely come away feeling very good having watched it.

And sometimes, that's all you need to brighten up your day. Along the lines of The Notebook or The Best Of Me in terms of style and romantic drama.

Jeremy Warner as The Pizza Guy 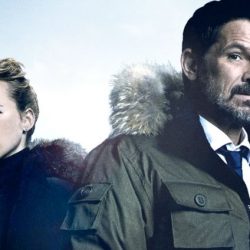 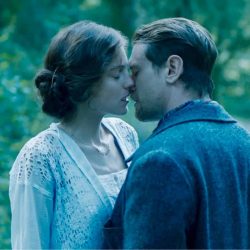 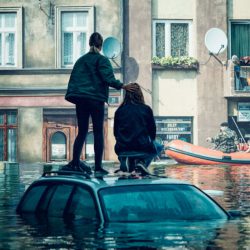