Ever wondered about who the people are behind the online giant Facebook? Who came up with the idea and how did it become the most dominant online platform in modern history? Well, be prepared for a wild ride of excess and betrayal that exposes the incredible world of modern online entrepreneurs.

The Social Network is the film adaptation of the book The Accidental Billionaires. This is an uncompromising look at the people behind the creation of Facebook. The social media platform has completely changed the way that the world interacts with each other. There is no doubting total dominance of Facebook in the field, with over 2.6 billion active users in the first few months of 2020. On top of this, the Facebook empire has a net worth of well over six hundred billion dollars.

But who are the minds behind this global phenomenon? Well, this is where the story gets interesting. Today, Mark Zuckerberg is widely accepted as the creator of the world's largest Social Network. However, this was not always the case. The early days of Facebook became a battle of politics and a brutal test of friendships. Resulting in a series of legal cases that openly disputed ownership of the brand. Becoming one of the most publicized legal battles of the internet era.

So, how does a tale of bitter dispute translate itself onto the screen? Well appointing Aaron Sorkin to write the screenplay certainly helps. It's fair to say that Sorkin's script is nothing short of a masterpiece. In fact, Sorkin went onto receive a plethora of awards for his screenplay including an Oscar and a Golden Globe.

On top of the amazing screenplay, The Social Network is directed by the great David Fincher. Fincher has an impressive back catalog of work, including Mindhunter on Netflix. It's fair to say that the intensive detailed direction from Fincher compliments the amazing dialog from Sorkin's script. Throw into the mix the editing team of Kirk Baxter and Angus Wall and the end result is a near-perfect piece of cinema.

Another real strongpoint of The Social Network is the amazing performances from the cast. Jesse Eisenberg is amazing playing Mark Zuckerberg. Perfectly displaying the essence of the floored genius pulled into the all-consuming emotions of greed and power. Justin Timberlake pulls off a strong performance playing Napster co-founder Sean Parker. But for me, the real standout comes from Andrew Garfield who is just outstanding playing ousted Co-Founder Eduardo Saverin.

All in all, The Social Network is an outstanding piece of storytelling. Similar to The Billion Dollar Code, there's so much more to this movie than just a story about the origins of the Facebook platform. More a detailed and thorough expose of the humanistic struggles brought through wealth and power. A timeless tale of friendship and betrayal, but all set to the backdrop of a rock n roll rise to the top. Put simply, The Social Network is a triumph on many different levels – strongly recommended. 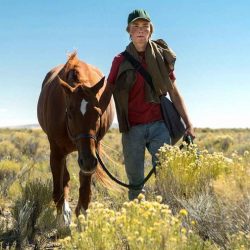