The Summer I Turned Pretty series tells the story of one girl's love triangle between two brothers. First love, first heartbreak, and the magic of that one perfect summer.

The Summer I Turned Pretty is a coming-of-age romantic drama series that premiered on Amazon Prime Video. It is based on the novel of the same name by Jenny Han, the author who penned the popular To All the Boys I've Loved Before trilogy.

The story follows Belly (Isabel “Belly” Conklin), an awkward teenager who desperately wants to break out of her “little sister” image. She spends her summers at her mother's best friend's beach house and reunites with her friends, brothers Jeremiah and Conrad. Belly finds herself caught in a love triangle between the two brothers.

The series is set during one perfect summer and explores first love, first heartbreak, and the magic of those carefree days. It's a coming-of-age story that will resonate with anyone who's ever been in love.

Over seven 45-minute episodes, we watch as Belly tries to navigate her way through her first summer romance. The series is heartwarming, romantic, and at times, funny. It's the perfect summertime watch.

Is The Summer I Turned Pretty Worth Watching?

If you're looking for a rom-com series to watch, The Summer I Turned Pretty is a great option.

I would recommend this series to anyone who's a fan of coming-of-age love stories. The show has been praised for its depiction of teenage love and the complexities that come with it.

What Critics Are Saying About The Summer I Turned Pretty

We gave the series a solid 9/10 but how did other critics score it?

A reviewer on IMDb wrote “Amongst the cliches, irritating characters, and the irritating choices they make, there is something comforting about this series. The soundtrack, stunning locations, colorful costumes, excellent casting, and all around solid performances make an otherwise unoriginal series quite entertaining….and by the way, I'm team Conrad.”

Vanity Fair called the series a ‘Wistful Fantasy for the Whole Family'.

Christopher Briney is an American actor and director, best known for Daliland (2020), before taking the role of Conrad.

When she was eight years old, Rachel Blanchard (Susannah) acted in the Canadian children's program The Kids of Degrassi Street. She also played Kitty Nygaard in the 2014 TV series Fargo. Susannah Fisher is one of the main female leads in The Summer I Turned Pretty.

Where Was The Summer I Turned Pretty Filmed?

The beautiful beach house from “The Summer I Turned Pretty” is an actual home in Wilmington, North Carolina.

The beautiful home in the series is set in Cousins Beach, which is a fictional town. However, it is based on the port city of Wilmington, North Carolina, where many scenes throughout the show were filmed.

The series features several locations in and around Wilmington, including Wrightsville Beach, Padgett Station, and Russell's Quik Stop.

When Is Season 2 Coming?

The series was renewed for a second season on Amazon Prime Video ahead of its premiere. There is no word yet on when Season 2 will be released, but it is expected to come out sometime in 2023. Are you excited for The Summer I Turned Pretty? Let us know in the comments! 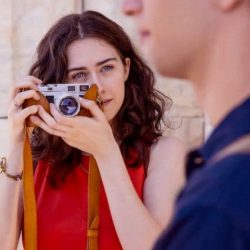 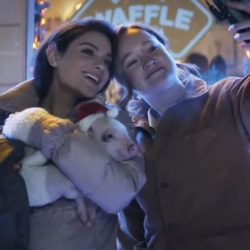