With 10 mammoth seasons available to binge, the burning question is should you get stuck into The Walking Dead? With plenty of drama, blood, and gore this could be your new favourite show.

It’s been 10 years since undead ‘walkers’, from Robert Kirkman’s The Walking Dead comic series, hit our screens. 10 years, 10 seasons, 147 episodes, and numerous spin-offs of varying longevity. Those who haven’t watched it from the start can, at the time of writing, stream the whole series from start to finish on Amazon, but even in a world of national lockdowns such a vast amount of content is intimidating. As someone who has seen them all, I am here to answer your question: should I watch The Walking Dead?

TL: DR would be ‘yes, but…’. Any show you care to name is going to struggle to maintain quality for 10 long years and The Walking Dead is no exception. The core concepts of the show are as follows: All of the U.S. (and presumably the world) has been overrun by zombies (a term never used within the show which instead has different pockets of survivors coming up with their own terms). As per usual lore, anyone bitten by one of the “walkers” will become one (although the time this takes varies wildly). This quickly mutates so that anyone who dies for any reason will also turn. In the face of overwhelming undead threat, people are forced to bunch together in order to survive, with varying degrees of success.

Thus at any given time, we follow a large ensemble cast struggling in a world where the most pressing threat isn’t always the dead themselves. Indeed, the monstrous nature of how people behave in a world of societal collapse is arguably the central tenant running through all of The Walking Dead. For the bulk of its run, the main figurehead character is Rick Grimes (Andrew Lincoln), a former small town police officer in Kentucky who awakes from a month-long coma to find the world has collapsed. Grimes, as an everyman character, is the viewer's main ‘in’ as he quickly adapts to killing walkers, but struggles with the morality of how to protect those around him from themselves or threats from other survivors.

Other core characters include Carol (a battered housewife who develops significantly as her confidence increases), Daryl (a redneck hothead whose hunting skills and ability with a crossbow prove invaluable), Glenn (a former pizza delivery boy whose kind heart often puts him in danger), Michonne (a katana sword wielding fighter who is initially mute from roaming and surviving by herself), and Gabriel (a meek vicar who struggles to deal with the conflict between life in the apocalypse and his faith). Many many more characters come and go as The Walking Dead is notably unshy about horrifically killing major characters at frequent intervals.

What works well for 5 seasons can become predictable over 10. Our gang will flee a dangerous situation, find somewhere to hole up and fortify as home so that the walkers can be managed, and then have the safety attacked by outside human forces that cause them to leave and go hunting for safety again. That this cycle is repeated several times means that the enjoyment of the series comes more from the manner in which things invariably go south.

As I alluded to earlier, frequently the biggest threat that our core gang face is other people. Threats throughout the series come from such quarters as another normal group led by a psychopath, a group who lure stragglers in for dark purposes, a huge racketeering gang with brutal enforcement, and a secretive group that walk undetected. Typically a season or two will cover such antagonists and when you come to remember the vast amount of episodes you have watched they will all become truncated into which battle sagas were playing out at the time.

Special mention must go to The Saviours as led by Negan. Jeffrey Dean Morgan’s performance as a barbwire covered baseball bat-wielding extorter (“People are a resource!”) is so magnetic that his presence really propelled later seasons that otherwise groan under the weight of too many characters.
And therein lies the rub. Despite the ebb and flow of characters being high, up until season 5 and the introduction of stronghold Alexandria there is a strong sense of collectivism in our cast. Notwithstanding the notoriously slow season 2 (where the group find safety at a farm and then proceed to get mired in soap opera water treading for a while).

We follow their emotional journeys and with Andrew Lincoln’s superb performance as Rick (who goes through moral absolute, murky decisions, vindictive violence, and back again) there are plenty of people to root for in this highly dangerous world. Yet at around season 6, the amount of characters we are supposed to care about becomes too large: interchangeable and disposable in more ways than one.

Should you watch The Walking Dead? Despite the many criticisms I could level at it, I would still say yes you should. It has a rich cast of people from all creeds where the woman are on equal parity with the men. The Walking Dead explores human nature with unflinching focus and particularly the early seasons have superb characterisation. Rick may be the main ‘good’ guy but there are several highly violent murders he commits due to changing circumstances.

Tough decisions are made and motivations questioned: what kind of toll does it take where you must always be on your guard? Yet the producers also wisely decide not to get into potentially thorny issues like sexual violence as a drama angle. The few times this is mentioned it is unequivocally in the guise of nasty characters who invariably meet a sticky end shortly after.

The best bites in this blood-soaked gore-laden sandwich are in the first half so that even as the quality wobbles as you reach the crusts of later seasons (9 and 10 feel particularly anchorless) you will be invested enough to find things to care about. Overlaying everything I’ve talked about is a good commitment to undead horror with squashed heads, ripped off limbs, and blood splatter aplenty to give fans of such things large helpings to munch over. There are many ‘how will they get out of this?!’ problems that often have unexpected and entertaining solutions.

With the upcoming Season 11, an end is finally in sight (for the core show at least) so it will be interesting to see if something suitably climactic will sign off a show that, having proved many times over that people are the real monsters, is running out of things to say. Whilst it has been fun to watch the corpse lurch these past 10 years, newcomers can still rubberneck just as the show’s death rattle croaks its last. 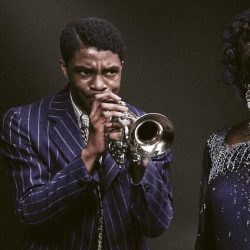 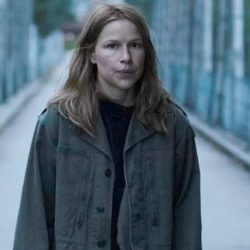