The hugely successful The Witcher is brought to life with Henry Cavill starring as Geralt of Rivia in this medieval fantasy world. Tricky to get into if you're not already a fan but it soon finds its groove.

Although it was hardly the first series to do so, the legacy of Game Of Thrones is such that, if nothing else, a blend of fantasy, fighting and, um, nudity, can be a highly lucrative sell. When the intellectual property in question is based on an already popular series of novels (written by Andrzej Sapkowski) and bestselling video games (developed by CD Projekt S.A) then throwing in a Netflix production budget seems a no-brainer in order to ‘toss a coin to your Witcher’.

The 8 episodes in this initial run (a second season has already been commissioned) lay the groundwork of the world and primary characters. In “the Continent” where the staple medieval fantasy tickboxes exist, Witcher Geralt of Rivia (Henry Cavill) roams as a monster hunter for hire. His gruff emotionless manner is due to the fact that, as a mutant, Geralt’s presence is often reviled, if deemed necessary. Also, there is Cirilla (Freya Allan), hunted granddaughter of war-mongering Queen Calanthe and possessor of an undisclosed magical power. Lastly, we follow hunchback punching bag turned vengeful mage, Yennefer (Anya Chalotra), as she navigates royal courts full of royal idiots making royal fools.

Confusingly, The Witcher time hops around its events without signposting that it is doing so. It takes a few episodes to realise that Cirilla’s fleeing of her destroyed home covers a few weeks of ‘present day’, whereas Geralt and Yennefer’s timeline is 70 odd years previously. It isn’t until episode 7 that events synchronise but I certainly had to crunch the gears in my memory in order to re-sequence what I had seen.

Whilst the structure may be a bit wonky, what The Witcher does well is strong and compelling performances through smart casting. Cavill’s hard-faced Geralt is 80% growling, sure. But it also gives him licence to break through with sly quips and pomposity puncturing directness. His many exasperated growls of a certain f-word never cease to amuse. Similarly, Chalotra brings a twisted righteous fury to Yennefer that oozes power after a few episodes of suicidal despair. Her shift from downtrodden through power-hungry to bitterness may be predictable (and indeed the first stage rather skipped over) but she brings great presence to the role.

Sadly, where The Witcher apes Game Of Thrones in many respects what it fails to do is imbue the Continent with any sense of place, or the power struggles within it. When characters dash around worried about the invasion of Nilfgaard forces or the persecution of Elves or consequences of denying Destiny (seriously, how much can you make amorphous Destiny a plot get out clause?) there is little feel for how, why, and where these events are taking place.

In 10 episodes for season one in Westeros we visited several locations, learned the political motivations of the players, and saw how the world hung in balance. The Witcher stays so focussed on its core cast that events just happen to them, totally detached from the blank map around them.

Perhaps comparing The Witcher to GOT is unfair as they are clearly different beasts, even if the success of one has lead to the commission of the other. If you want some rather brainless fun there is plenty to be had as The Witcher relishes it’s rather glib humour. It takes irritating bard Jaskier serialising his adventures in song to bring out Geralt’s biting sarcasm to good effect.

The first few episodes do it no favours by being slow and monotonously talky punctuated with the occasional (albeit excellent) action sequence. The show also suffers from being too episodic with Geralt’s parts feeling like unrelated chapters of a video game. But once it gets into a groove and you get past the sludgy opening then The Witcher gets a chance to cast its spell over you. Fingers crossed that season two builds upon this groundwork and that the creative team have more strings to their lyre than Netflix tossing a coin their way.

And while you're waiting you can check out more shows like The Witcher or the fantasy show Shadow and Bone! 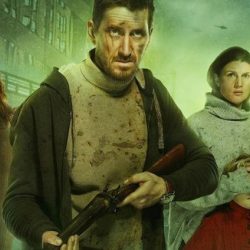 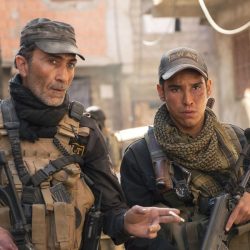