In Things Seen and Heard, a young couple moves to the Hudson Valley for work, but things take a turn when they discover their house is haunted. And it all gets a lot worse when family secrets are revealed. A solid movie until the end which is beyond baffling and ruins the film.

Billed as a psychological thriller/horror, Things Seen and Heard stars Amanda Seyfried (Mank, The Clapper) and James Norton as a married couple who move for his new job. Set in 1980, George and Catherine are reasonably happily married with a four-year-old daughter. They met in college and on the back of George's thesis, he has been offered a teaching job at a college in the Hudson Valley.

Catherine soon gets to work, renovating their new home but almost instantly realises that all is not what it seems with the house. With a little digging, she discovers a rather sad and violent history and believes that the spirit she is seeing is of the last inhabitant, Ella Vayle, who was murdered by her husband.

As the duo settles into their new life, Catherine makes a few friends, and George befriends the dean of the college. However, things take a turn for the worst when George starts an affair and secrets about his life are revealed. But George is an egotist and nothing is going to stop him from achieving what he wants in life. Not his wife, or the spirits in the house that are trying to protect her.

That is the briefest summary of Things Seen and Heard that I can manage without spoiling the story. There are various twists and turns and the fact that it is set in 1980 gives it more gravitas – in that Catherine can't simply google what she wants to know about the house etc… Unlike other movies in this genre, Catherine is actually a formidable woman and the character doesn't fall into the usual cliches. She doesn't really make any stupid decisions and she's not blind to George's behaviour.

So far so good. There's a bit of drama, an interesting story and then 10 minutes from the end it all goes to hell in a handbag. Even if I wanted to, I couldn't explain that ending. The movie plot sort of revolves around the teachings of philosopher Emanuel Swedenborg and his ideas about heaven and hell…as well as the influence of the painter George Inness. Those ideas then come together to produce an ending that is beyond baffling. It had so much potential and was chugging along nicely, but the ending completely ruined it! Why? Just why??? 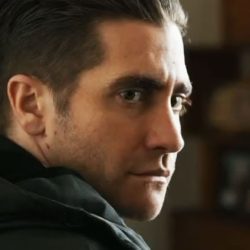